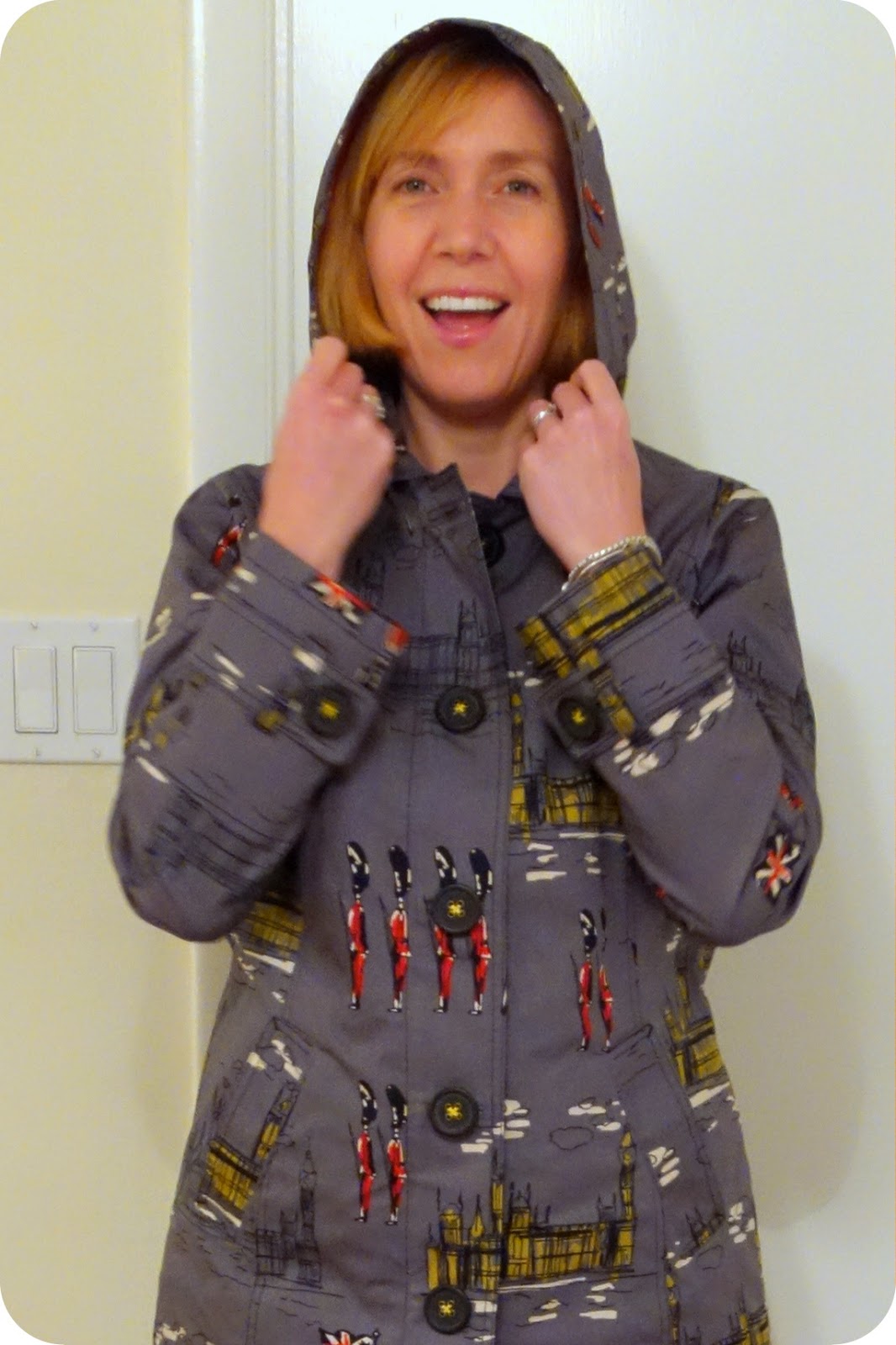 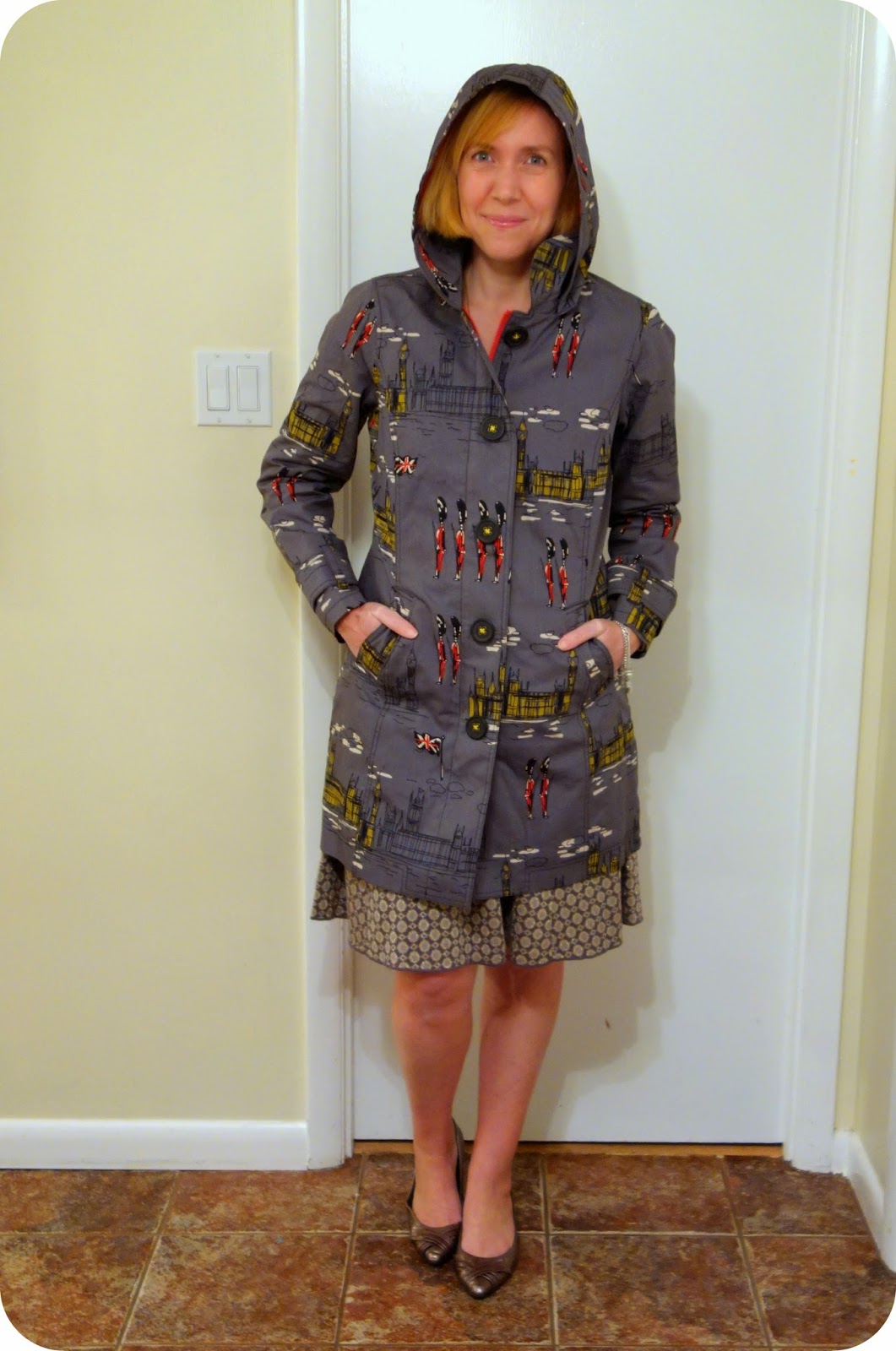 Since the 20% off with free ship and returns promotion is ending tonight (the original promo expired last night, but the affiliate sent me a new one this morning

?!?), let's just start with the review of the Rainy day Mac (here at Boden

) before getting to the ootd featuring the Rainyday Mac.  (BTW, the outfit above is *not* the one I am showing off, this one above was blogged about here at this post.)

The size I chose to purchase originally was a size 6, but as cute as it looked in that size, I just knew that I had to size up to better fit my hips.  Of course I knew that would mean that the 8 would not fit me as well in the top half, but I crossed my fingers and hoped for the best.

Well, the best happened, although looser overall, the 8 fits very nicely through the whole body, but doesn't manage to make me look like I am being swamped by British soldiers and buildings and flags, etc.

I was particularly surprised at how well it fit in the shoulders considering how narrow mine are.  Having said that, if you do have broader shoulders, it may be in your best interest to size up.

This coat is SO WARM and cozy.  When I wore it both times, it was raw, chilly, grey, and rainy (but not monsooning out), and this kept me feeling quite warm.  The fleece lining was especially lovely, and I was so grateful that it was carried through the hood and in the pockets.  Especially the pockets.

There is a zip and buttons, and the hood is removable, so they really did think of all things, quality-wise.

I have heard it isn't the greatest at keeping rain out (oddly), but from what I understand the complaints stem from the heavy downpours and not the milder piddly rain.  It is a bummer it won't work as well in heavy rain, but since I was personally only interested in it as a fall coat to keep me warm enough, but not too warm (actually happens a lot to me around here).

I have some close-up photos and other thoughts on it from this BWRR.

Rainyday Mac.  Not selling out in this color, but some of the shades are definitely low stock or sold out. 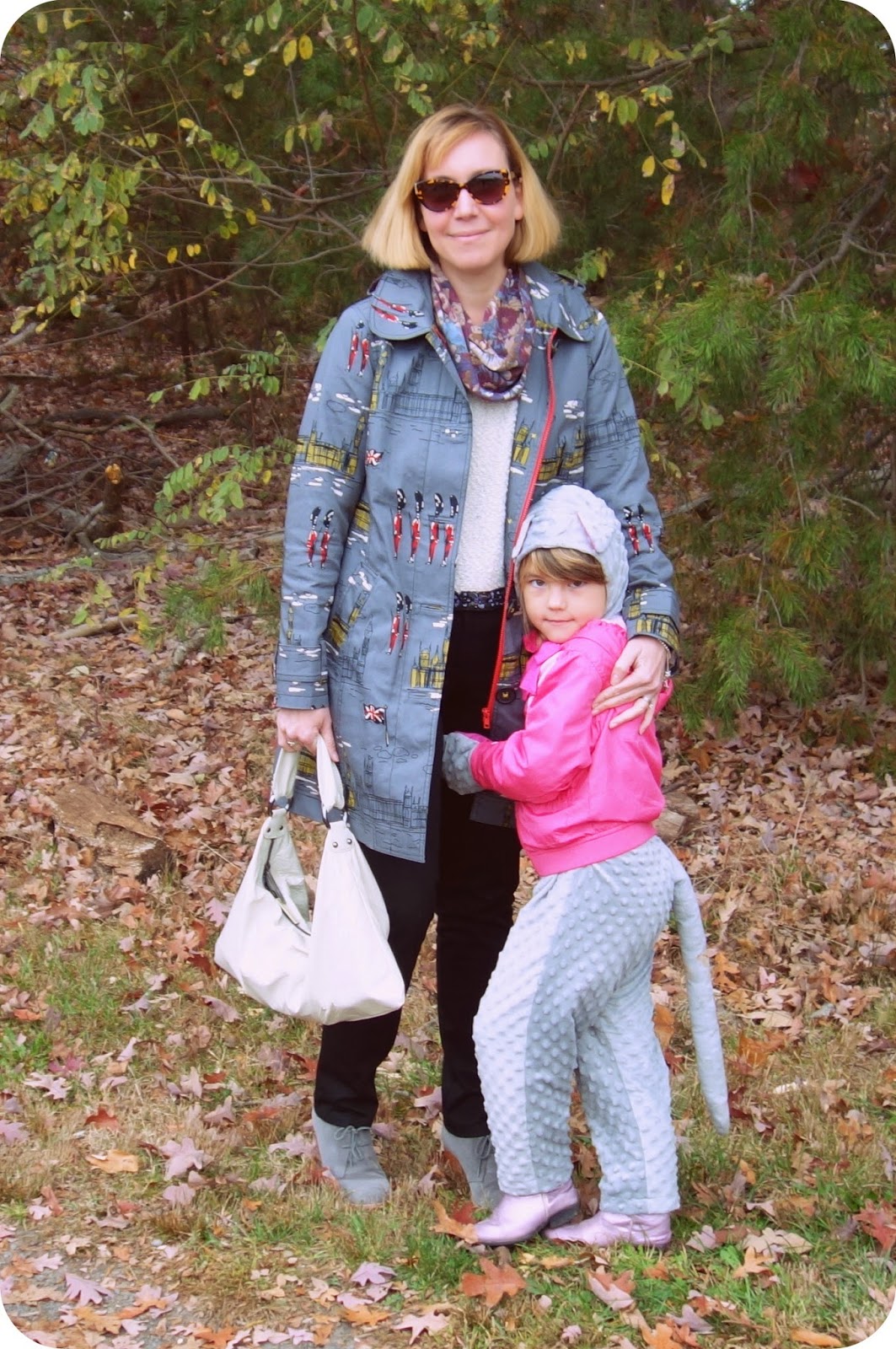 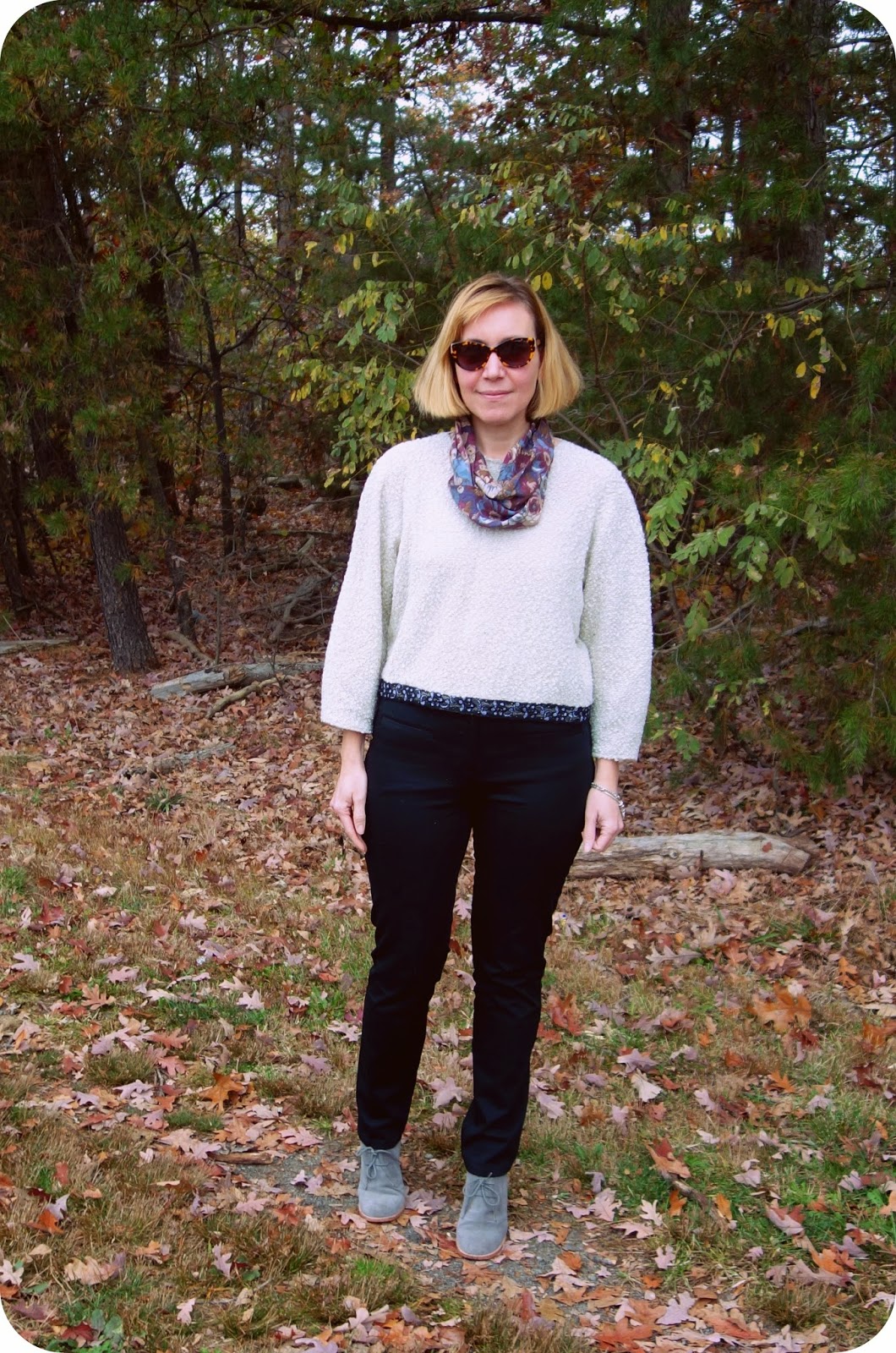 Where:  Rex's baseball championship game and the Washington Craft Show.

Ease of Wear: (4 of 5 stars--5 being the most easy to wear.)  Rainyday Mac kept me nice and warm, which I needed since we were outside, standing and watching the game in the cold piddling rain for a couple of hours.  The sweater I sewed up last year (blogged about it here) is made from a nice wool/acrylic boucle and also helped retain some heat.

The booties, while darling, did nothing to keep my feet warm.  I should find some fleece socks since apparently fleece works really well on retaining heat (I guess I could make them, too).

I wear the sunglasses because my eye bags were BAD that morning, lol.  You all don't need to see those.

Cool Factor: (4 of 5 stars--5 being the coolest.)  I like the outfit better without the coat, but as discussed above, I had no choice but to wear it.  One of the vendors at the craft fair liked the coat, but I have to say the coolest "cat" (hardeehar) was my daughter, whose homemade cat costume in a minky fleece was the hit of the show.  My stepmother made it for her and she decided CW wearing it out on a rainy cold day would be the best idea since that minky stuff is super warm.  It got so warm for her, in fact, she had to take the cat hood off to stay cool.

Rex got injured halfway through, he was hit by a ball to his knee while playing catcher, but like the tough kid he is, he went back in and played the rest of the game.  (Makes me proud, I have to admit.)

Okay, that's all for now.  I think my next post will be showing off my son's pizza costume, since I am proud of that one.  It is slightly hilarious, but lots of fun.

The Boden sale DEFINITELY ends tonight, so keep that in mind if you had wanted something with the 20% off.
TODAY ONLY! Shop Boden for 20% Off Everything plus Free Shipping & Returns with code SHOW

Posted by dinagideon at 8:26 PM