UPDATE: Lisa, one of the commenters on this post in its original form mentioned you could use the $20 off the items in the "select" womenswear 20% off, which you can find here.  That's great!  So if you have been waiting for a fairly good deal, this is definitely it.  Thank you, Lisa!!!

Before I begin, I saw over at the Boden FB page that you could receive $20 off a $75 purchase (with free ship and returns), but it is only good until tonight.  Remember, these deals are only good on current season merchandise, not clearance items, so if you are drawn in by something from last fall/winter, it won't work.  Also, if you have a hankering for something about $115 or more, use the sidebar coupon here at the blog (also at the bottom of this post) instead since the 15% off is a better deal overall than the $20 off of a $75 purchase.  The code for the $20 off of $75 is J5V4, place that code in your shopping bag to ensure you receive that amount off.

(The above promo did expire, but the 20% off womenswear deal is still going.  It does end tonight, Wednesday, April 15, though.)

Onto some recent outfits. 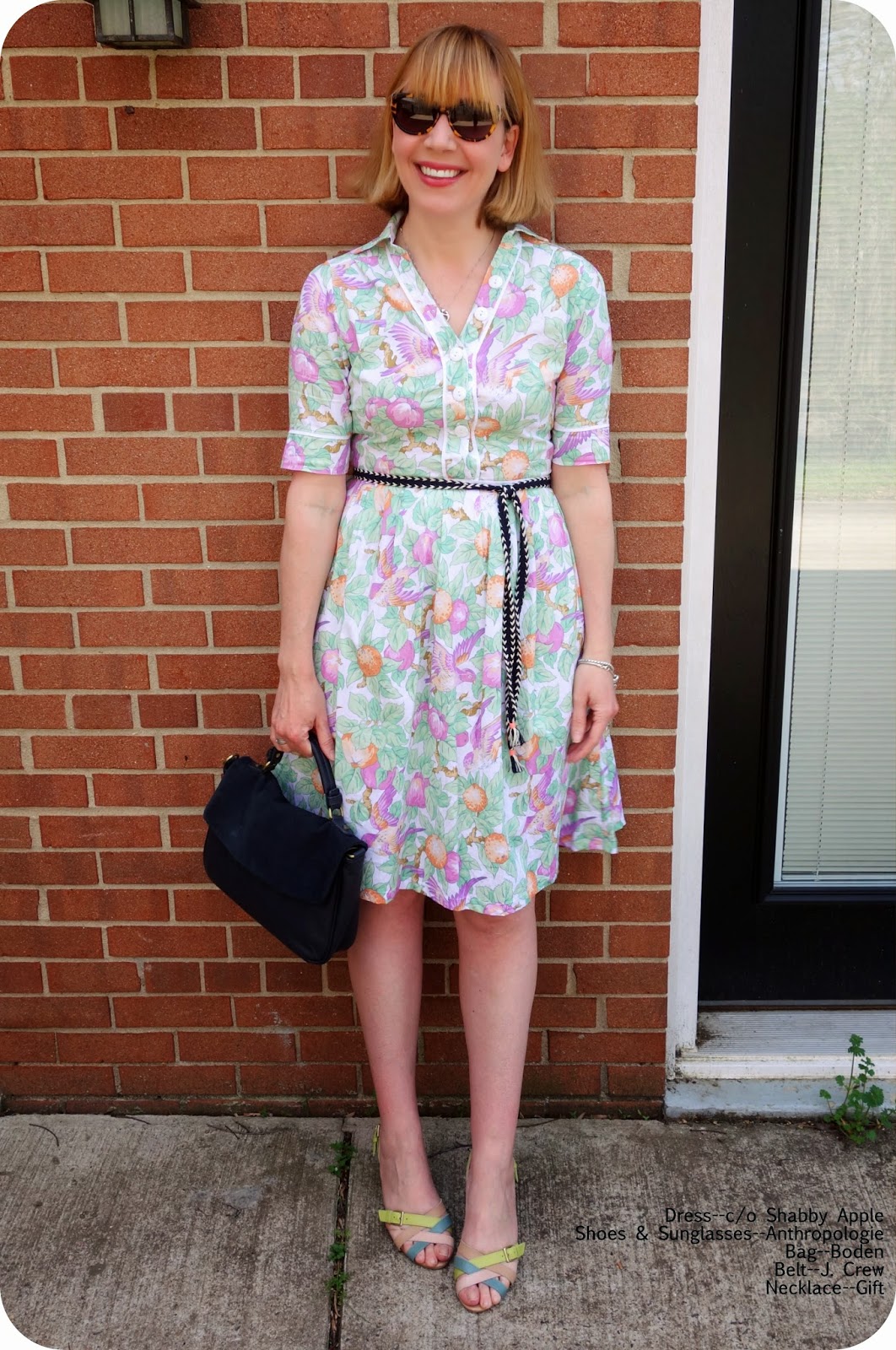 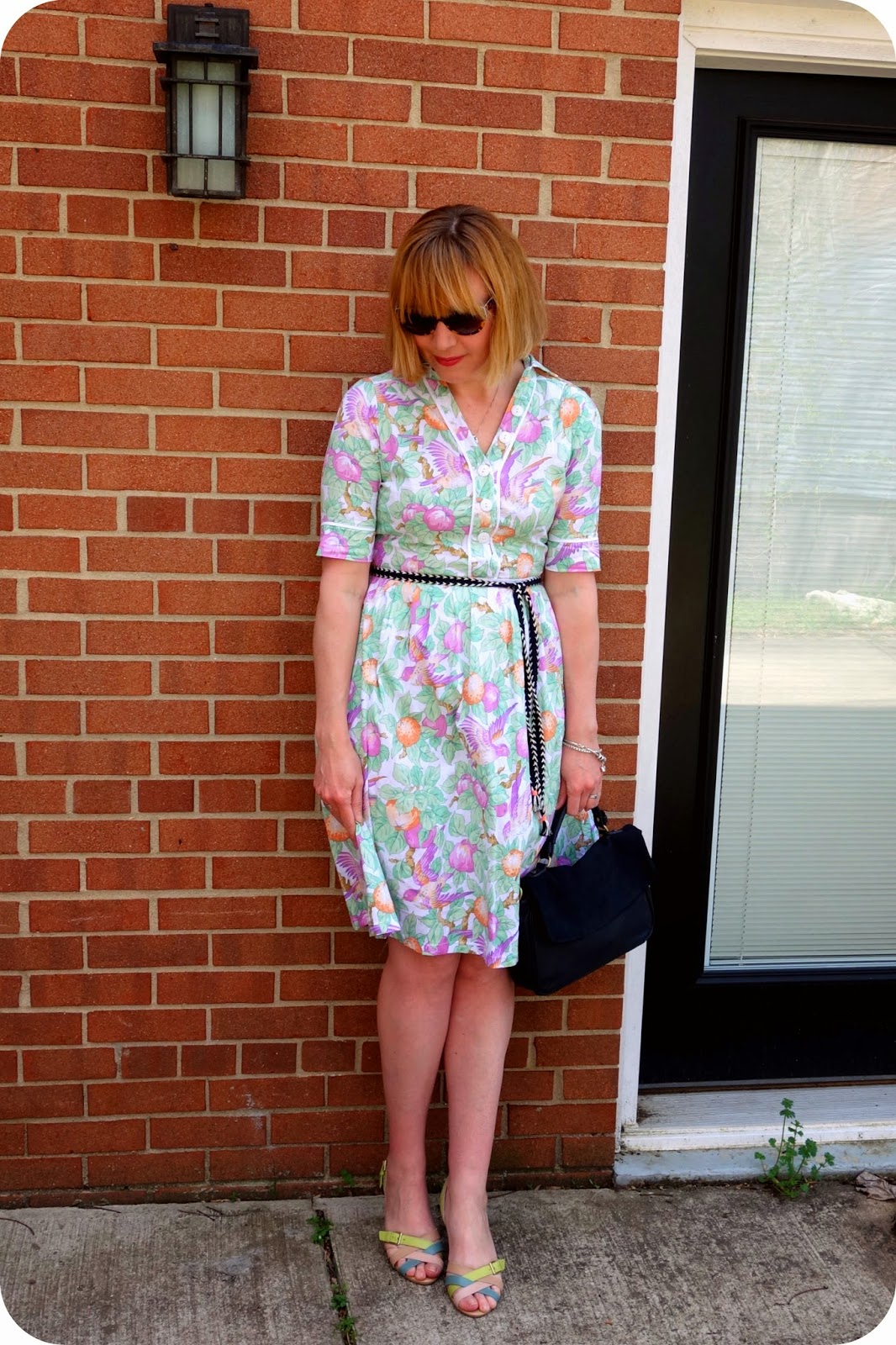 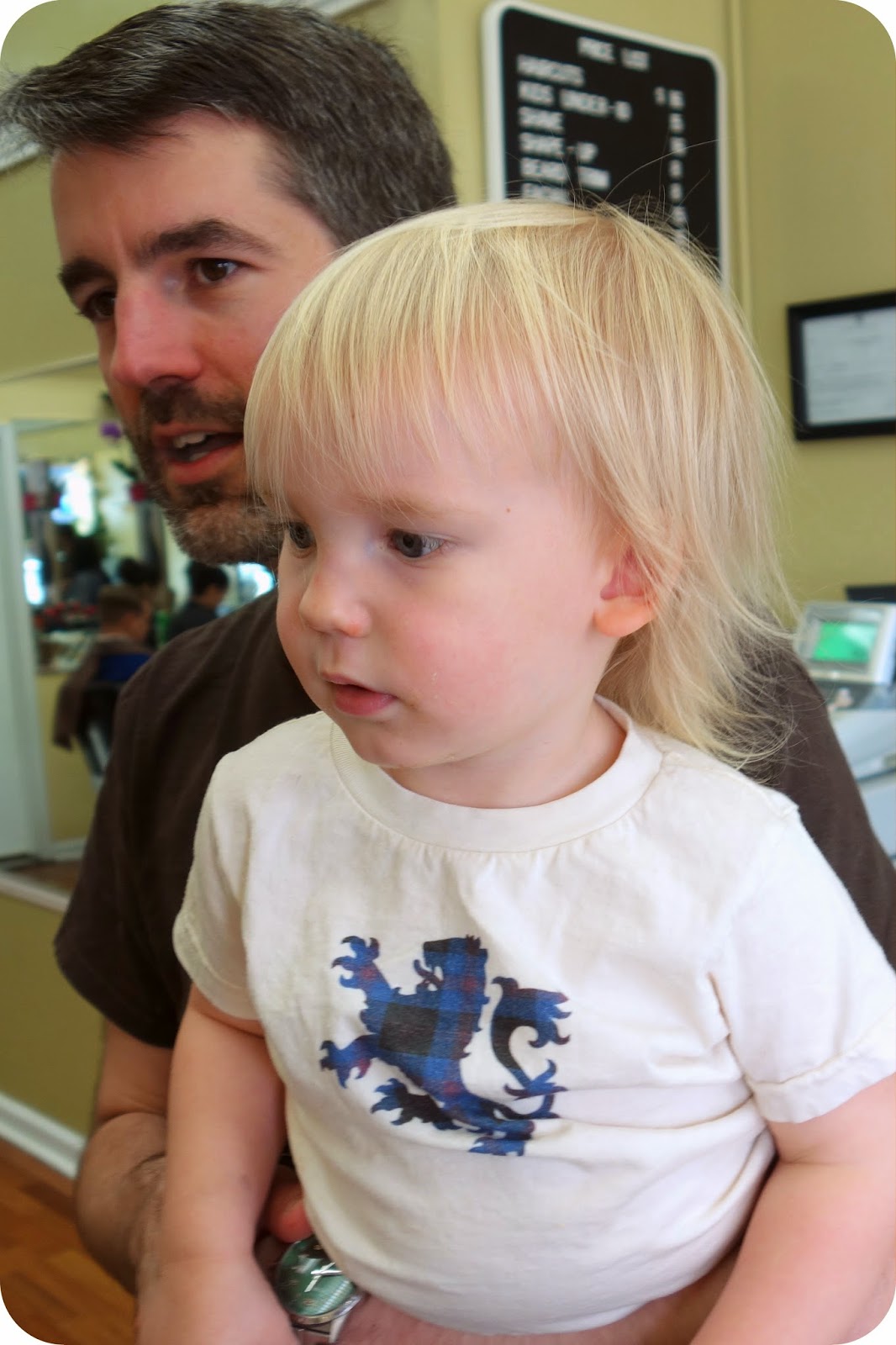 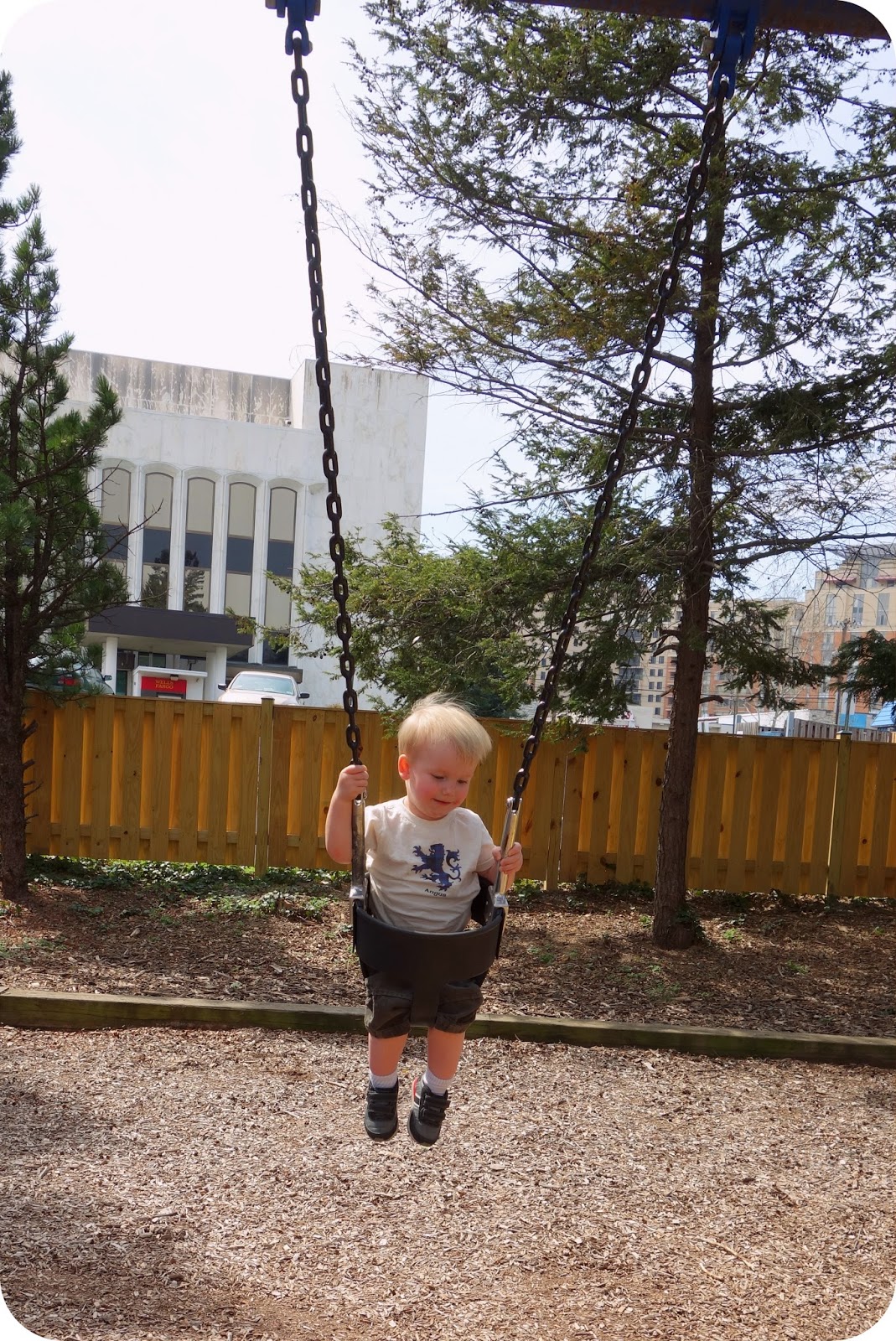 Where: Bethesda for lunch and an important haircut.

Ease of Wear: (3 of 5 stars--5 being the most easy to wear.) The dress has tighter sleeves and since it has been a while since I have worn it (thanks a lot cold winter), I had forgotten that.  Eventually the cotton stretched a bit, but until that happened, my fairly thin arms felt like they were being strangled.


Cool Factor: (3.5 of 5 stars--5 being the coolest--for both outfits.) Pretty, yet conservative outfit.  Shabby Apple dresses always have sleeves and a longer length since they are made for Latter Day Saints (Mormons) who have requirements in dressing for modesty.  As a fairly conservative dresser, I appreciate this.  :-)  The shoes are very cool, I loved being able to let my toes see the sun again.


Anecdote from the Day:  Angus is getting so big (he just turned two on March 25!).  We finally decided his mullet had to go.  I love his wispy long hair so much, but he was often mistaken for a girl, so I gave in, even though he has this one tiny little curl in the back of the mullet that was darling (I kept that for his baby book, though).  In the end he looks beyond cute with his little man haircut. 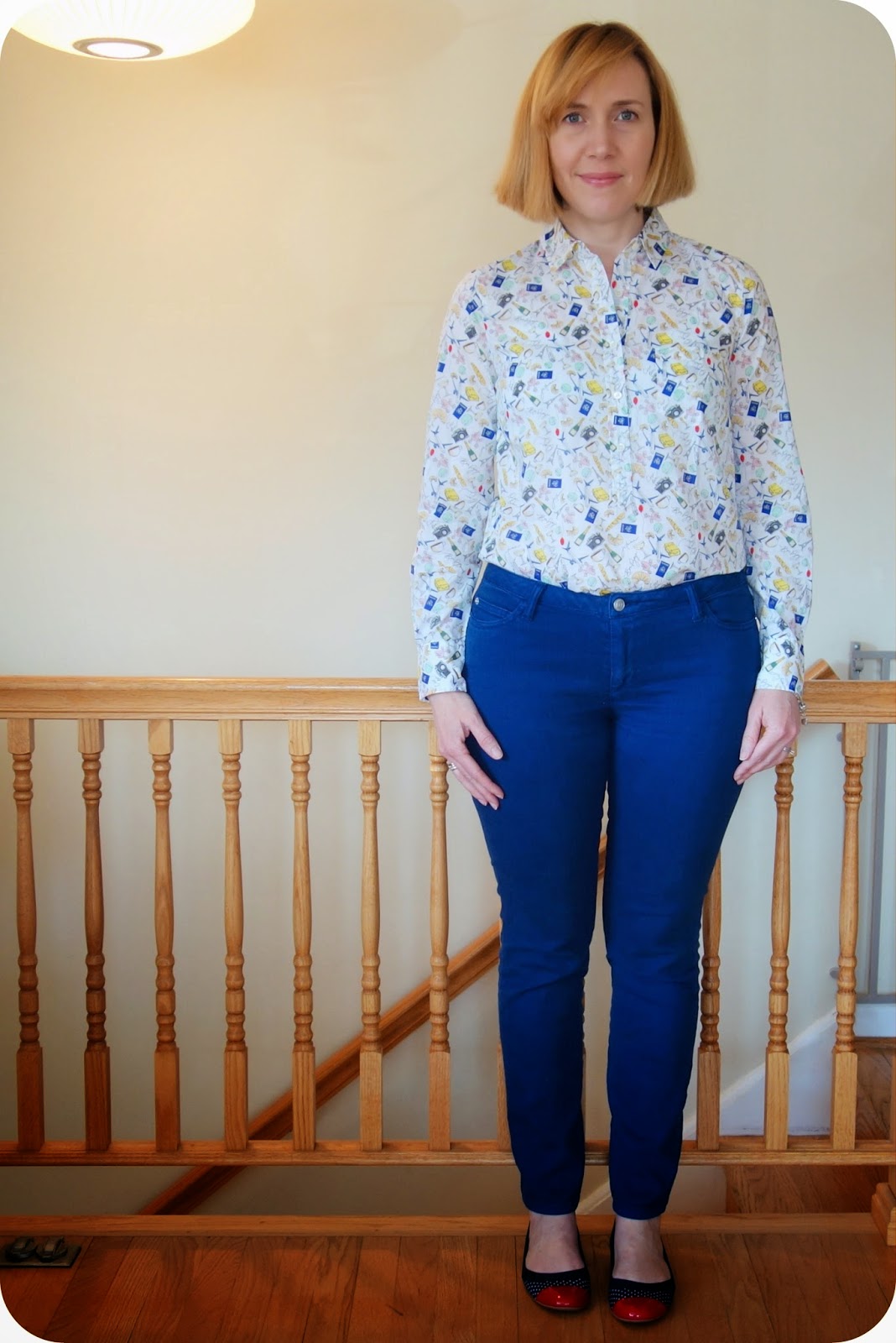 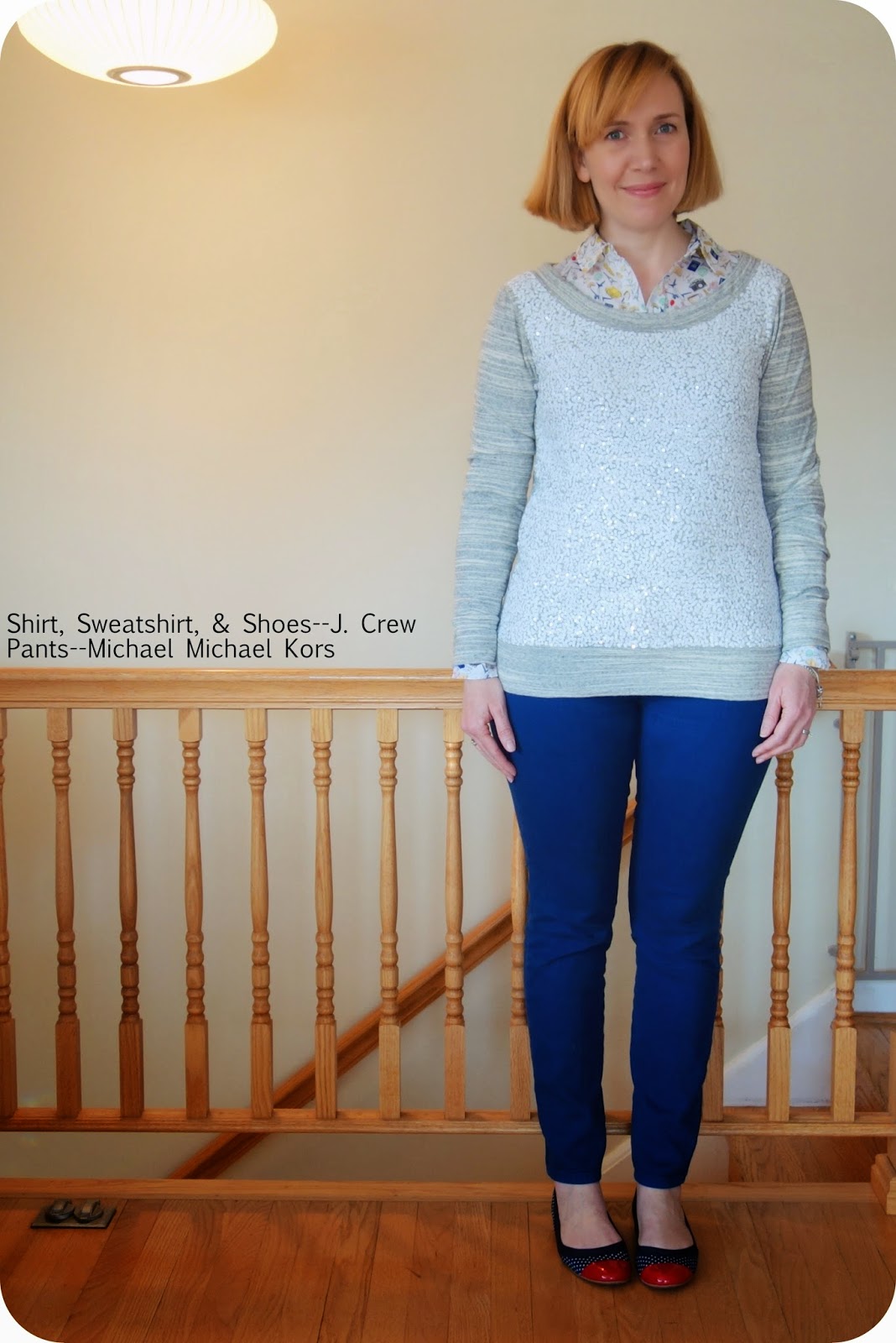 Ease of Wear: (4 of 5 stars--5 being the most easy to wear.) Yay for pants that feel decent on the body.  These pants are one of the few that I *don't* want to throw in a big pile of tinder and set on fire, especially since I have worn pants nearly every day for the past few months.  They have just a touch of spandex and they were made with a nice normal rise, nothing too short, but nothing too long, either.  The popover (French Print popover, still available from J. Crew in their sale section) is great in my normal size 4, so if you like it, go with your true size.

Cool Factor: (4 of 5 stars--5 being the coolest--for both outfits.) Cool mix of textures, colors, and print.  I am glad I tried the top with the sequined sweatshirt.  I wasn't sure if worked, but I ended up liking the look and will definitely try a similar look next winter.  I also felt like I looked younger in this outfit.


Anecdote from the Day:  We hadn't gone to Winesday in forever, so I was relieved when it didn't snow, my brother didn't have a headache, or we had some commitment we couldn't get out of.  We hadn't gone in so long that we forgot our reusable wine glasses and had to buy another set.  (They are inexpensive, though, one dollar a glass!) 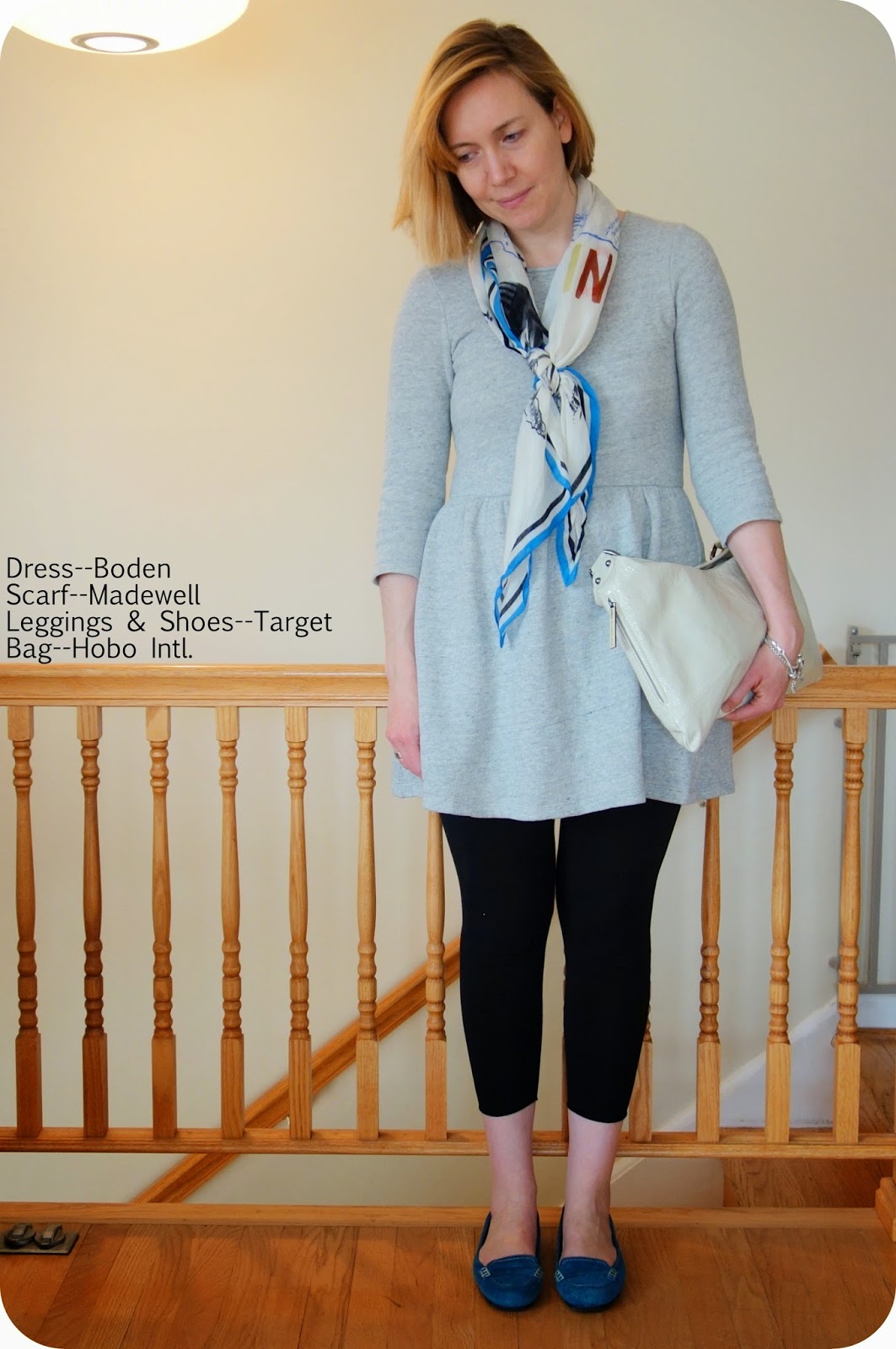 Where: Harris Teeter and the School Run.

Ease of Wear: (5 of 5 stars--5 being the most easy to wear.) This Johnnie b. Cosy Sweatshirt dress is so soft and warm, it is like I have on an old worn-in nightshirt, but just a whole lot more presentable.  Since I was grocery shopping, and running around town, it was nice to feel really good.

Cool Factor: (3.5 of 5 stars--5 being the coolest--for both outfits.) The sweatshirt dress has a bit of sparkle and the scarf is unique, so even though I was technically "slumming" it, I think I looked good for a SAHM.


Anecdote from the Day:  Yeah, I got nothing.  Just a usual taking care of the house, kids, and hubby kind of day. 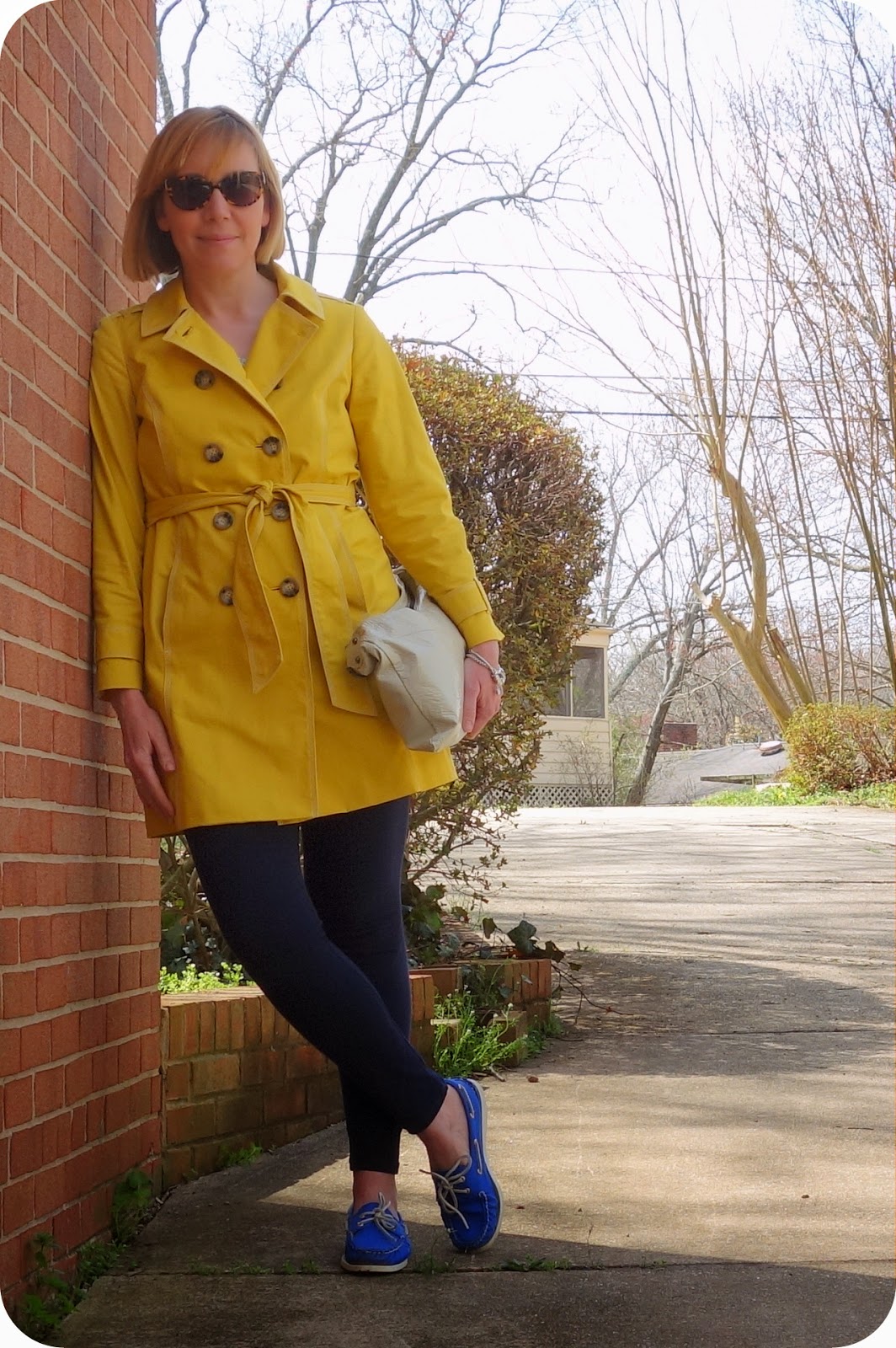 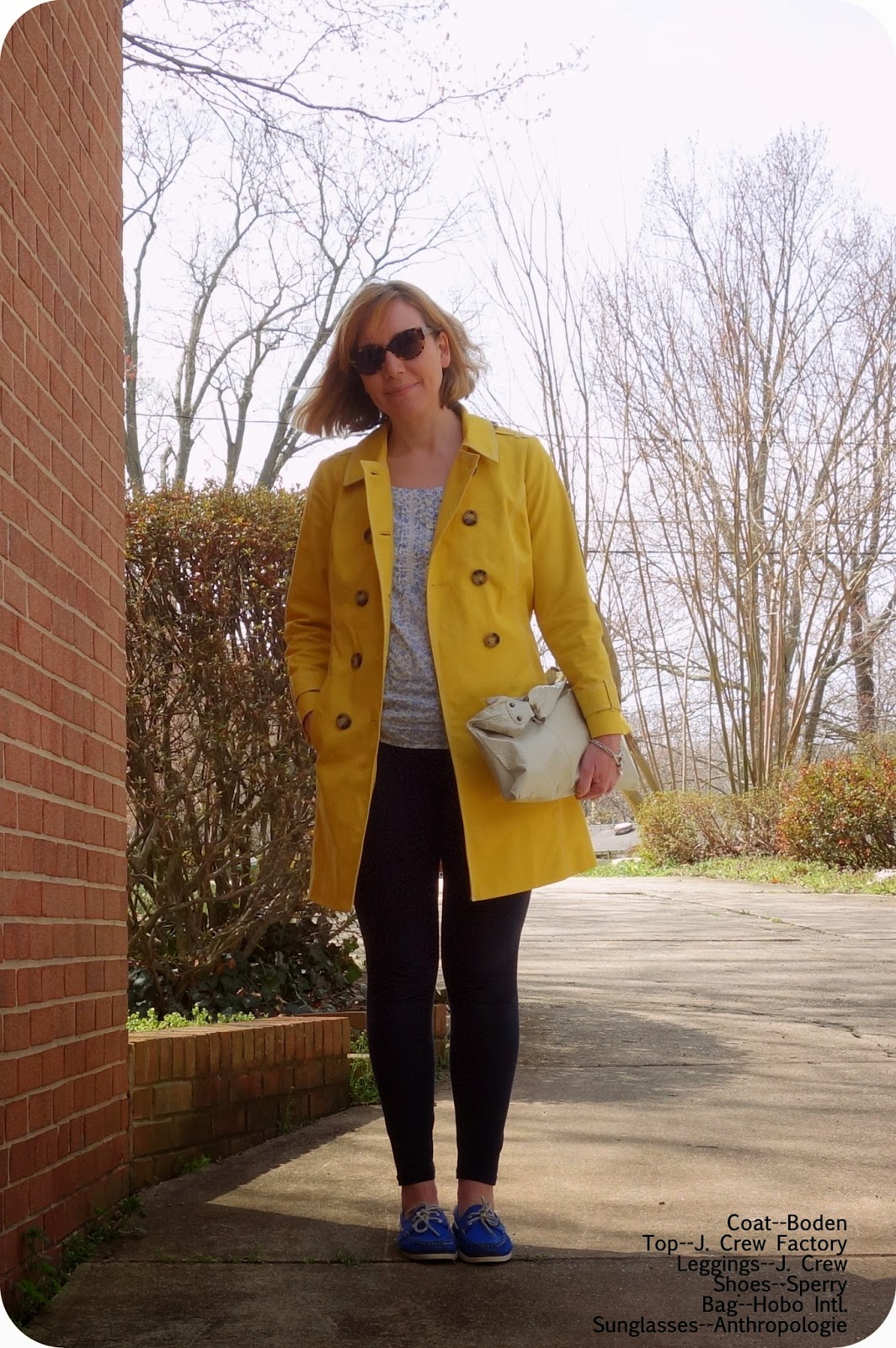 Ease of Wear: (4 of 5 stars--5 being the most easy to wear.)  Leggings and easy shoes equal very comfortable.  The top ended up getting really wrinkly (you can see it in the second photo--I took these photos after bowling) and the way the top sat on my hips felt weird.  Overall a nice easy outfit.

Cool Factor: (3 of 5 stars--5 being the coolest--for both outfits.) The mix of colors is fresh and cute, especially as our days are getting warmer and we are craving brightness however we can get it.  That said, it is still an outfit that features a peasant top and leggings, so ding ding (two points) down on the "cool" scale.

Anecdote from the Day:  I haven't gone to the bowling alley on the actual day of bowling in forever.  Again, like Winesday, something is always getting in the way, be it subbing, be it a sickness, or be it dang-blasted snow.  It was nice to see all my friends again.  Of course the rest of April I am out on all the Tuesdays.  Tomorrow I am chaperoning Rex's field trip, next Tuesday we are in Florida, and the Tuesday after I am subbing.  At least it won't be because of snow.  (IT BETTER NOT BE!)

Okay, that's all for now.  I really hope I am able to blog everyday this week, but I can't promise since life is really busy right now.  ;-)  I know you all understand.

Posted by dinagideon at 9:20 AM