OOTDs: Feeling Visible Where I Once Felt Invisible...

I am starting this outfits of the day post with a bit of a backstory so that I can properly explain why I chose these outfits to represent me for the Visible Monday (#130) linkup I am participating in with Not Dead Yet Style.  Basically to participate, a blogger must follow these guidelines (these are direct from Not Dead Yet Style):
So that is what I am going to do here, all four of the above.

But here is my backstory of "feeling visible where I once felt invisible."  I have been subbing at the school where my children go, and as many of you know, that is the same school I attended as a kid, too.  Here's the thing, I was a painfully awkward and shy young girl, due in part to who I am inherently, and due in part to the fact that I was being raised by a single dad.  I barely spoke to people, and when I did, it was to be the know-it-all who answered every single one of the teacher's questions.  I felt very uncomfortable around the kids my own age, instead preferring the company of younger kids (the kindergarteners and 1st-graders were so cute and sweet) and that of the teachers.

I spent my days embarrassed by my circumstances...the messy uniform with not crisp pleats in the skirt...my tangled mop of wavy blonde hair that never was quite clean enough...the messy, weirdly shaped, and crooked teeth that only came out behind a smile every so often.  I dreaded being around my peers because every bit of me was up for inspection, and it always failed.  I still remember all the taunts thrown at me by every individual in the four years I was at the school.

So going back to the place where it all happened may seem highly suspect, but I assure you it is not.  As my PE teacher (she still teaches there!) said of me during my time there, "you didn't seem to care" regarding my treatment.  I corrected her later and said, "it wasn't that I didn't care, but that I couldn't care."  Regardless of my treatment by others and by myself (I hated me, too, often), I knew that the school itself fostered an environment where I became able to be the best me, in spite of all the various issues I had while there.  So I never once thought I would send my kids elsewhere.  But unlike my time there, I would make sure to ensure that my kids at least had a tiny bit of a leg up.  So I decided to not just be an alumnus, and not just a parent, but a part of the staff, too.

And since choosing that path, I have found such pleasure in the hallways and classrooms that once held both the keys to my successful future but also the skeletons of my sorry, pathetic past.  Now I walk in the school excited to be seen as me in my best form, happy to serve the needs of the students and the full-time staff, instead of being the *me* that *barely cares* because that is the most protective stance I can take.

And, yes, walking in there in a crisply pleated skirted dress feels pretty darn good, too. 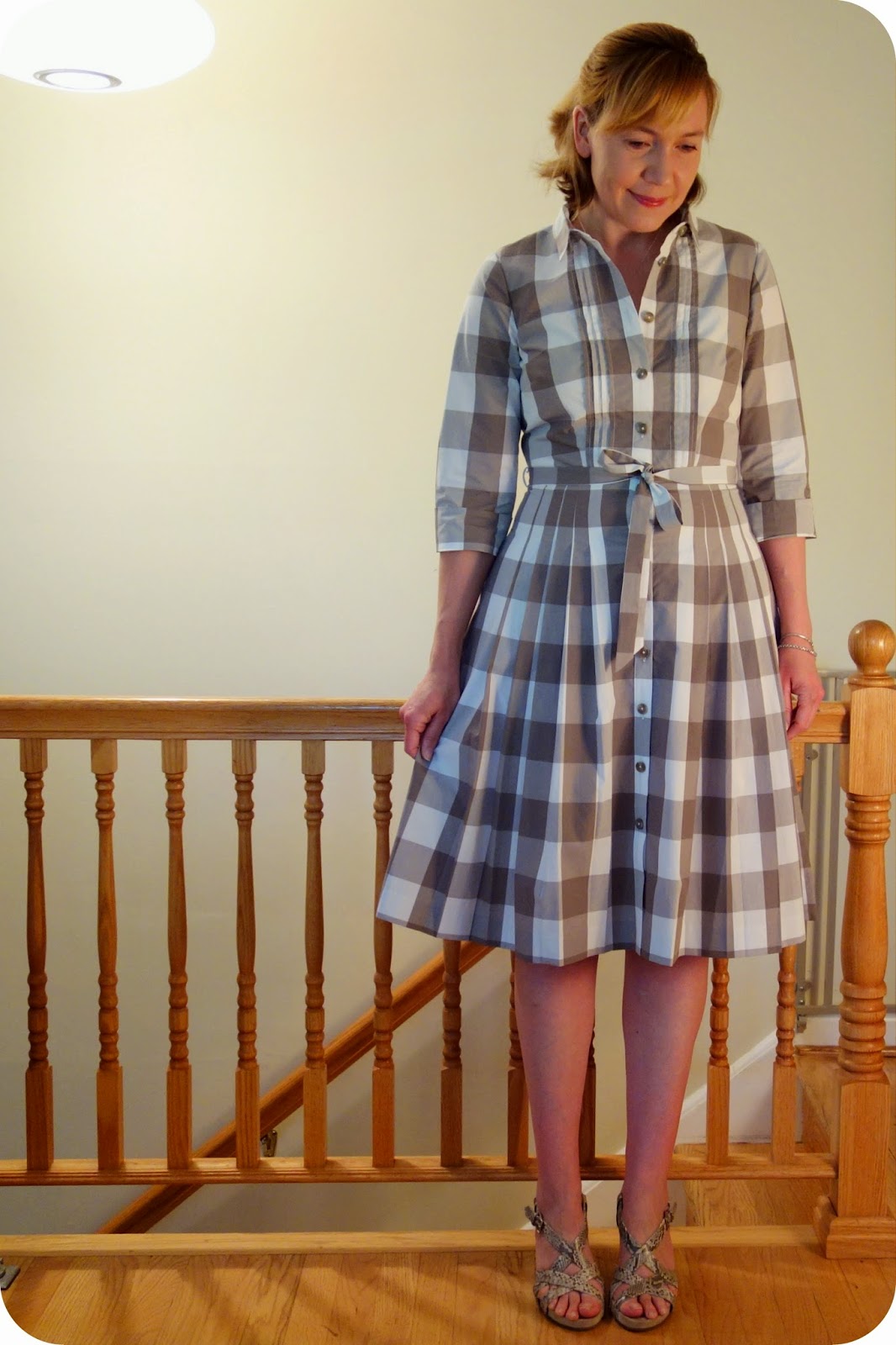 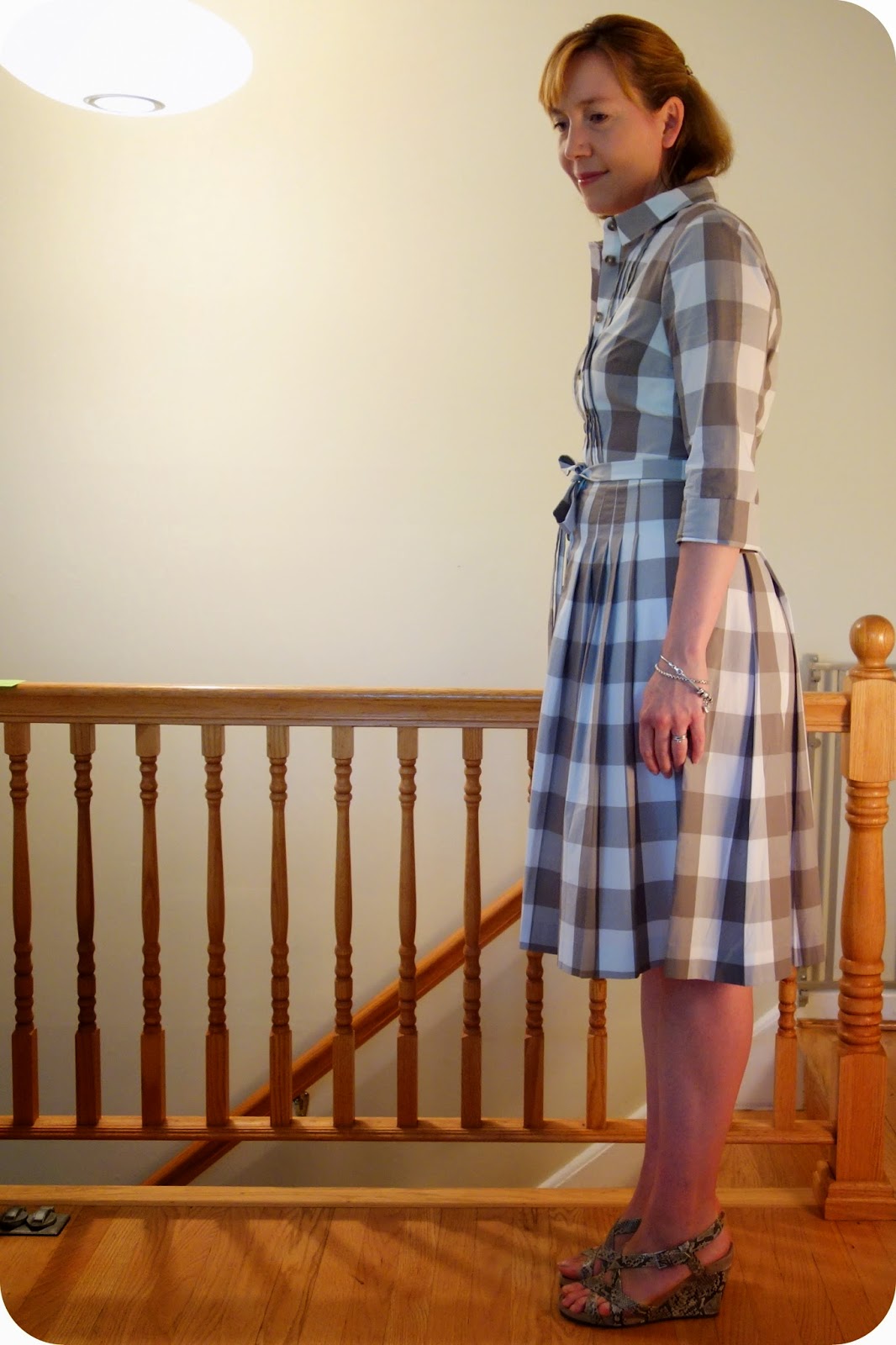 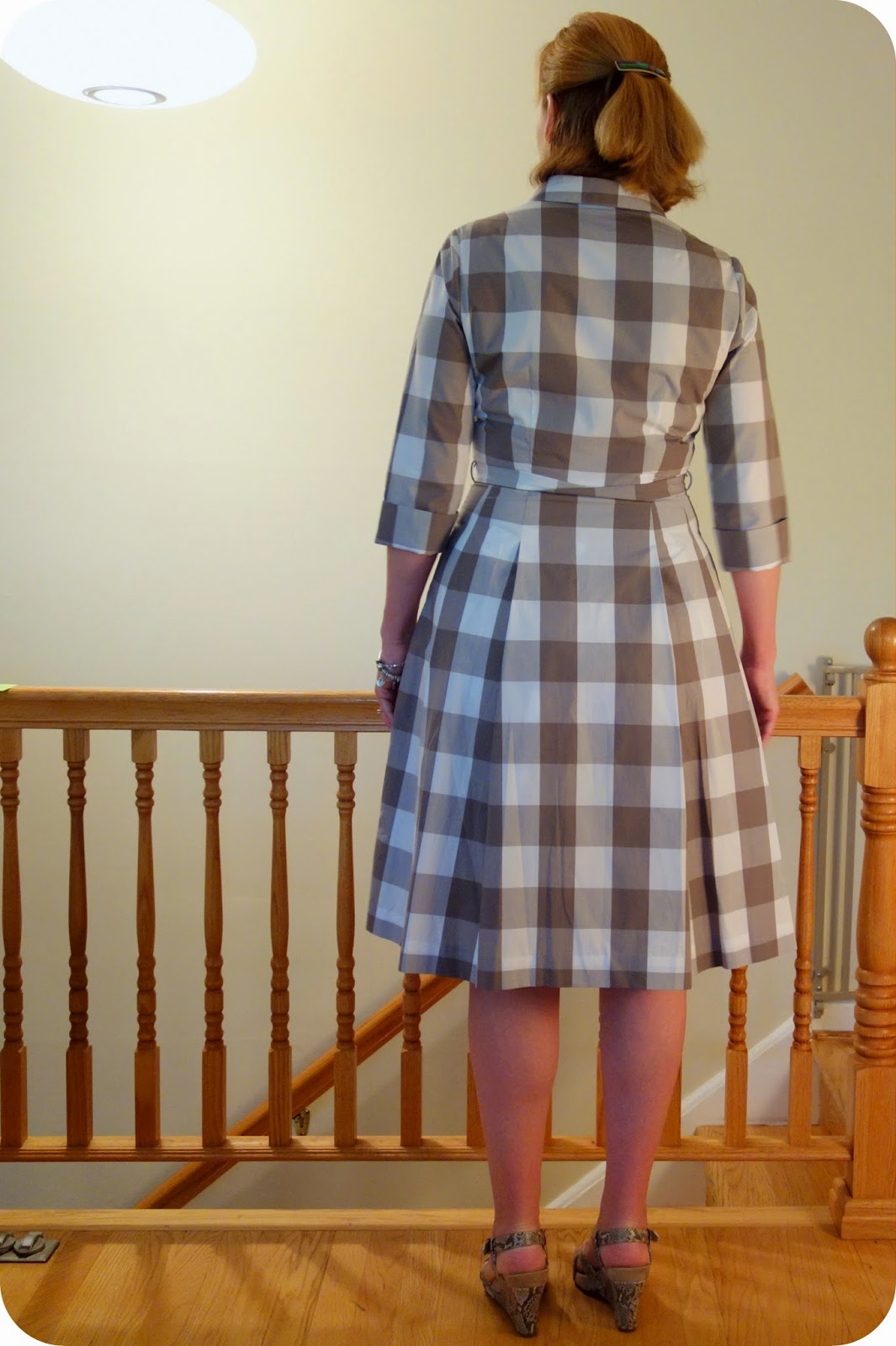 Ease of Wear: (4 of 5 stars--5 being the most easy to wear.) The Gingham Shirt Dress (see written review of the dress here if interested) held up well, and lol, the pleats did, too.  The dress may not have a lot of stretch the way my Riviera Shirtdress does, but it did have just enough through the crosswise fabric (the weave that runs parallel to the floor) to keep me comfortable.

The shoes are so pretty, but for all the pretty, by the end of the day, I was happy to take them off.

Cool Factor: (4.5 of 5 stars--5 being the coolest--for both outfits.) This is a ridiculously cool outfit for subbing.  I received a lot of compliments on the dress and the shoes.  Going to get this one washed quick so I can wear it again as soon as possible.

Anecdote from the Day:  One of the kids asked if my sandals were real snakeskin.  They are from Target, so it is faux snakeskin, or fauxskin for short. 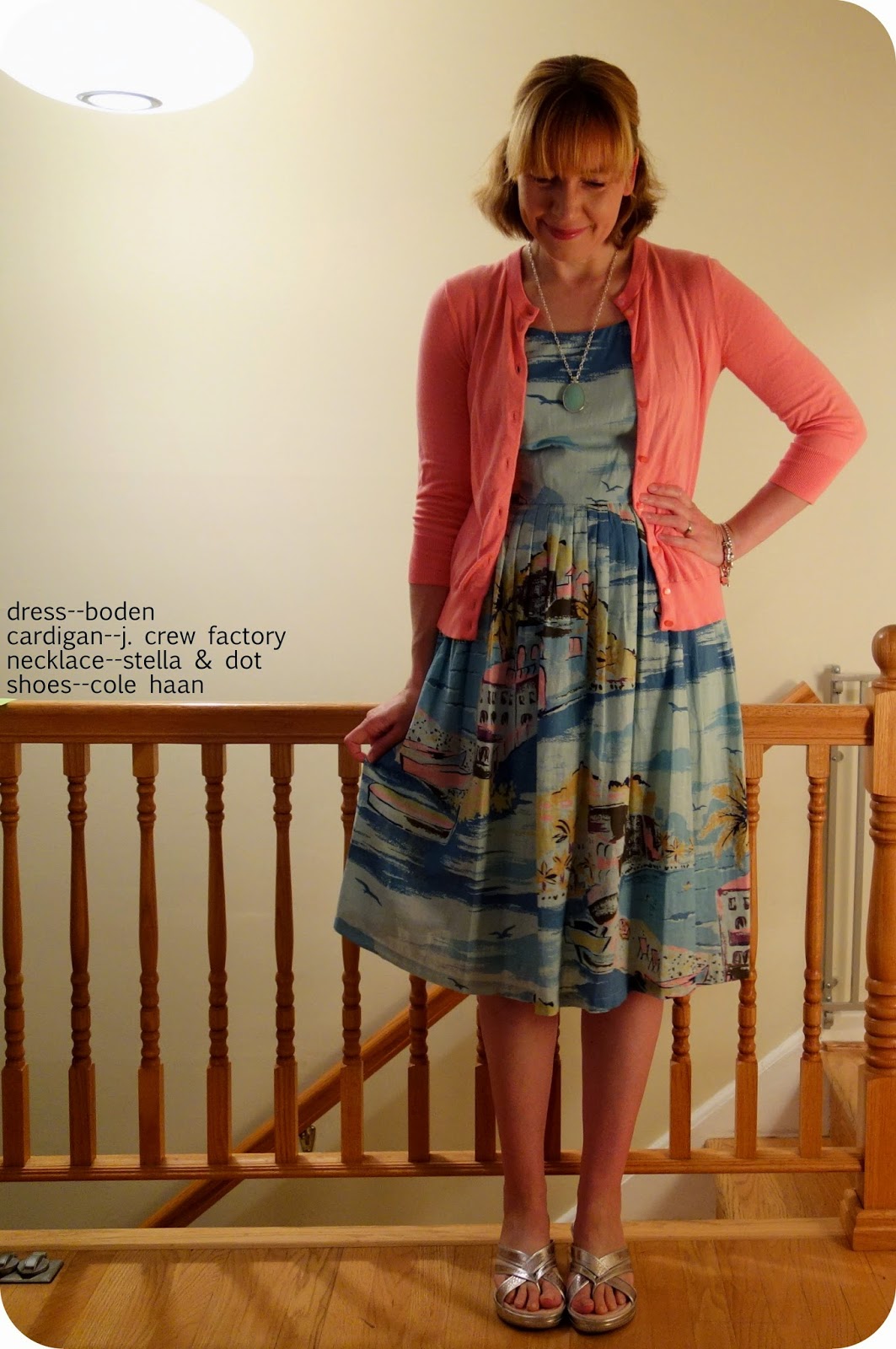 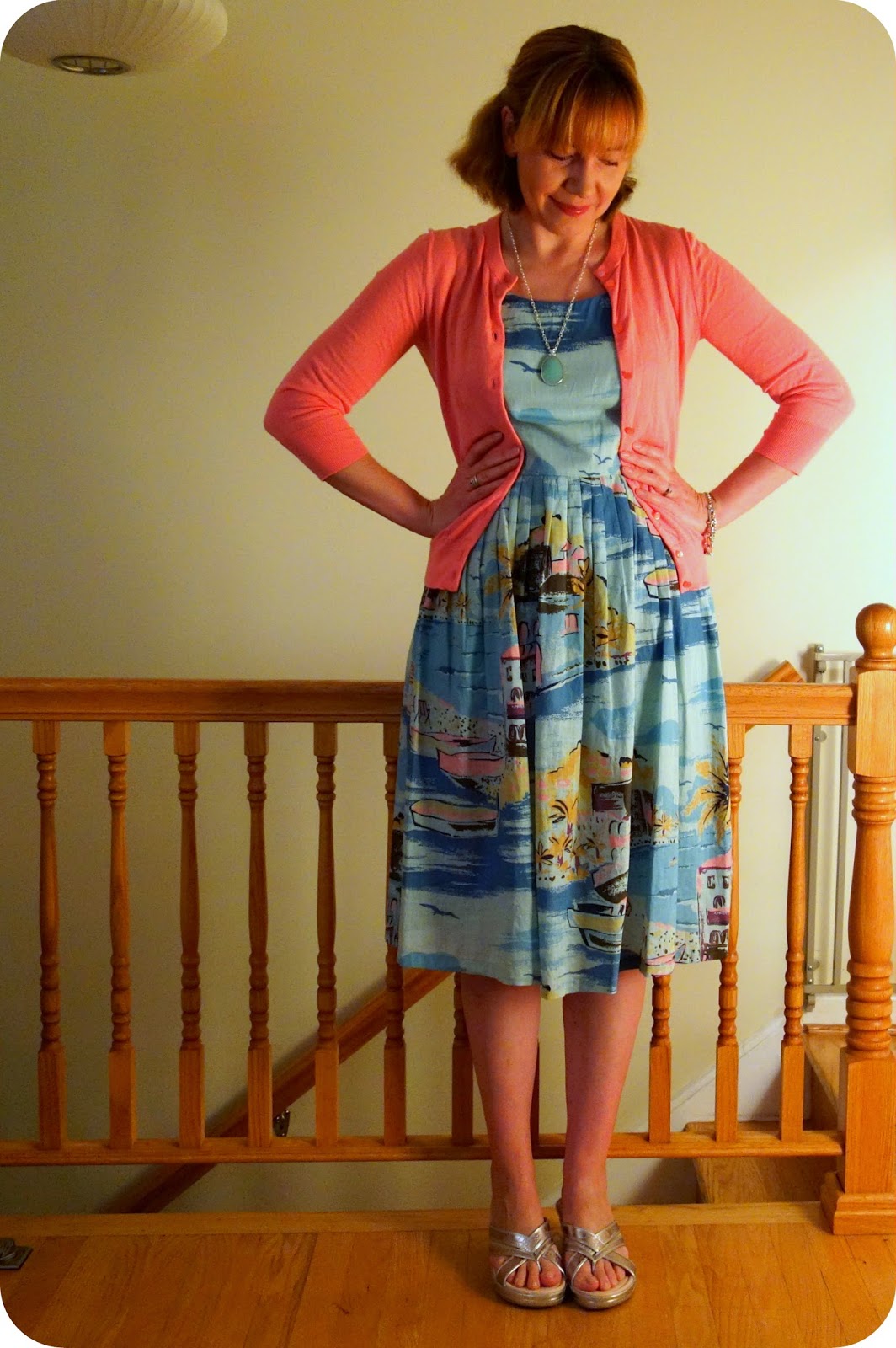 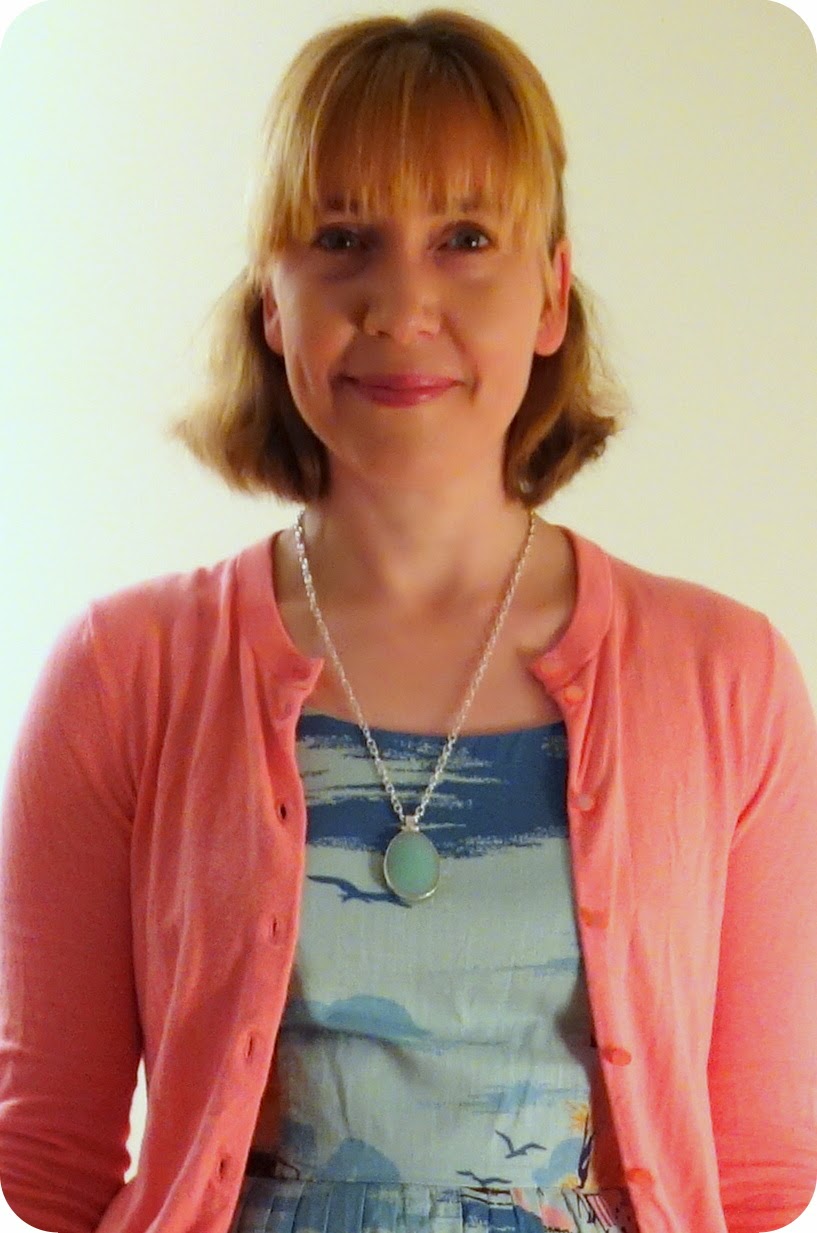 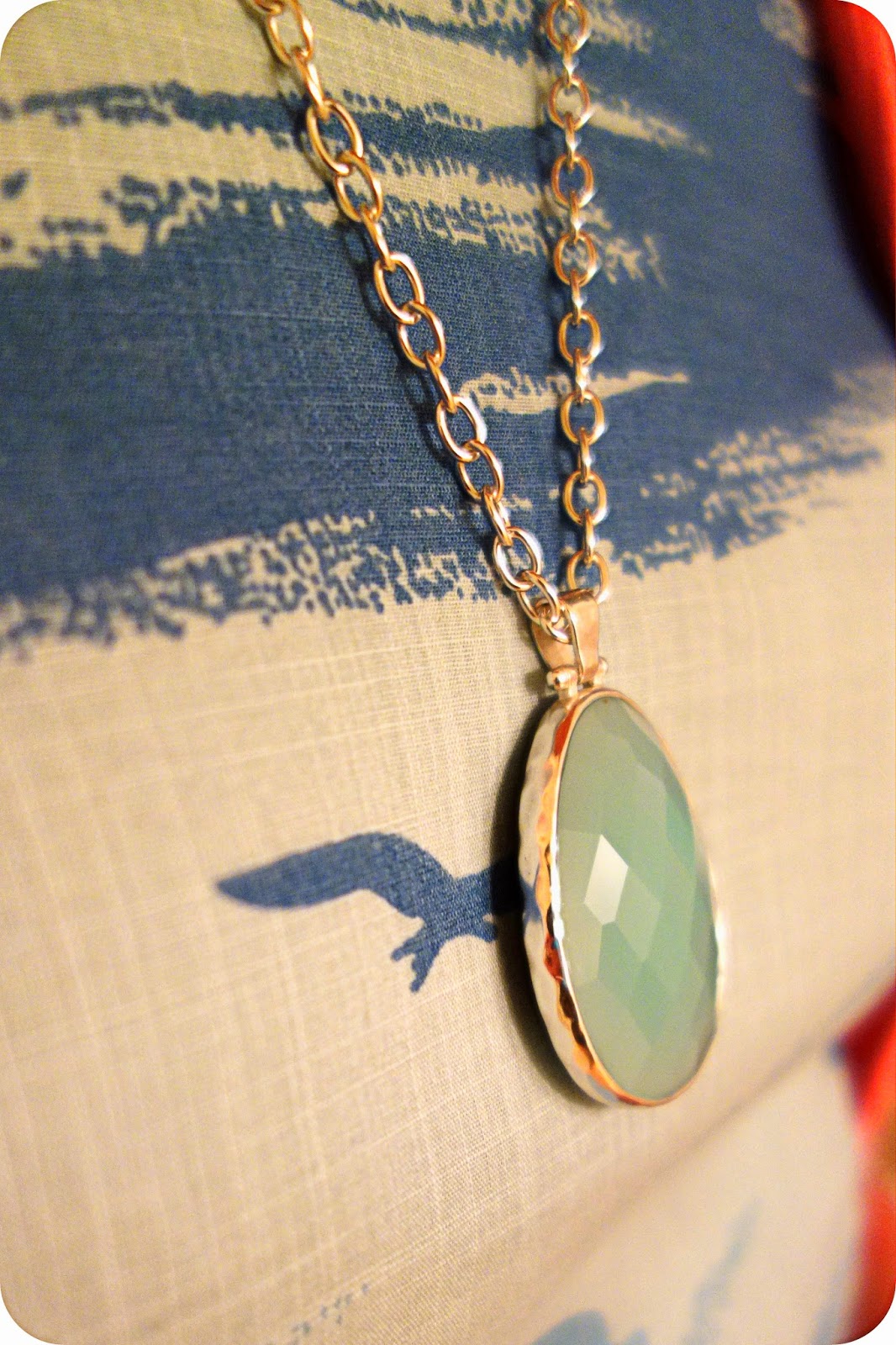 Where: Substitute Teaching, with a quick walk to Harris Teeter after the school day ended.

Ease of Wear: (4.5 of 5 stars--5 being the most easy to wear.) The Nancy dress is so comfortable, and the pencil skirt lining that I complained about in the original review (here) has stretched out a bit making the dress very comfortable.

The only thing that I had any issue with was the shoes, since my feet got wet in the monsoon-like conditions we had on the way into school, and they pinched a bit on my way back from Harris Teeter after school (my kids were in an after-school class so I had *just* enough time to walk there and back).

Anecdote from the Day:  You know when you run into someone where you don't normally see them and think, "oh, how do I know them, and from where?"  Yeah.  That happened to me at Harris Teeter when I saw one of the parents from the school with one of her kids that I hadn't met yet.  So I sort of was all confused, but quickly caught myself before I appeared too much like a lost little puppy.  She had also just had a baby, but barely looks like it (some women have all the luck, I tell ya!), so that threw me too.

Okay, that's it for tonight.  If you have a post you would like to link up with Not Dead Yet Style's Visible Monday post, definitely do so, I would love to see what other people publish.  Don't know that I will do this weekly, but will definitely try to do it at least every once in awhile.

P.S. In case you missed it, Boden started a diminishing discount today and I wrote more about it at this post.  Below I have placed a direct link to the sale for those of you that need one. 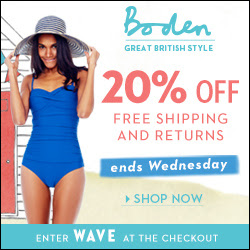 Posted by dinagideon at 9:03 PM