OOTDs: RIP Ugly Sweater and Other Lost Outfits of 2013.

Good Saturday night!  So looking through my photo albums on my computer tonight, I realized there were a staggering number of ootd photos from 2013 that never saw the light of day on the blog.  Some of the outfits, well, meh, but some of these I really did want to show off.  Now that it is *embarrassingly* nearly six months after these were taken, I figured showing them off late at night on a beautiful Saturday in May may lessen my embarrassment a touch.  Not much, but maybe some of you will be viewing these after having had a drink or two and will be all, "eh, she got 'em up!" 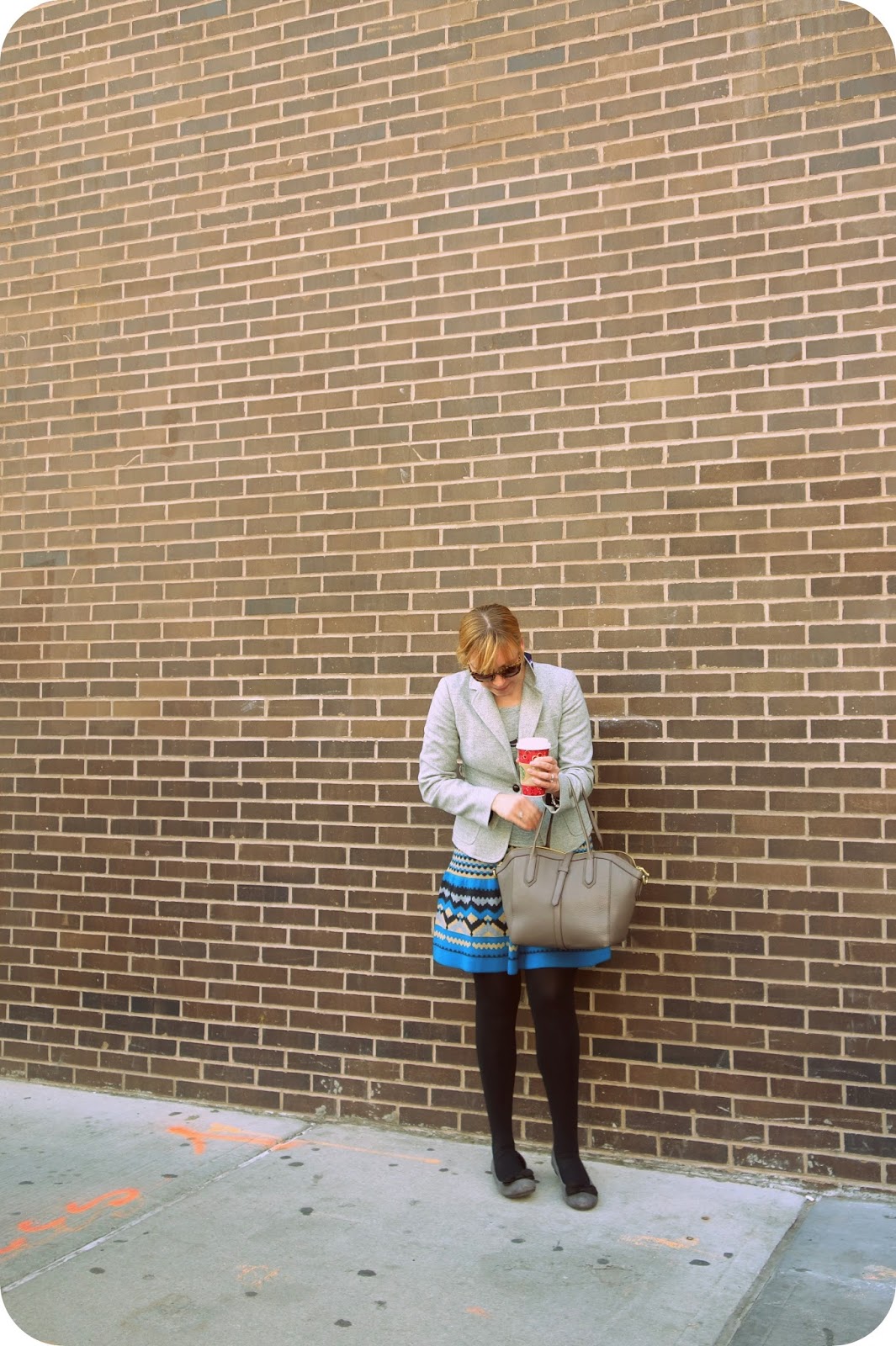 You saw a bunch of the ootds from NYC (this was from late November 2013) mixed in with other posts (mainly J. Crew and Boden review posts).  This was actually my favorite shot from the entire trip, I thought my stepmom did a great job of taking the photo.  Anyhow, most of that outfit is Anthropologie and J. Crew, with some Target shoes thrown in for comfort. 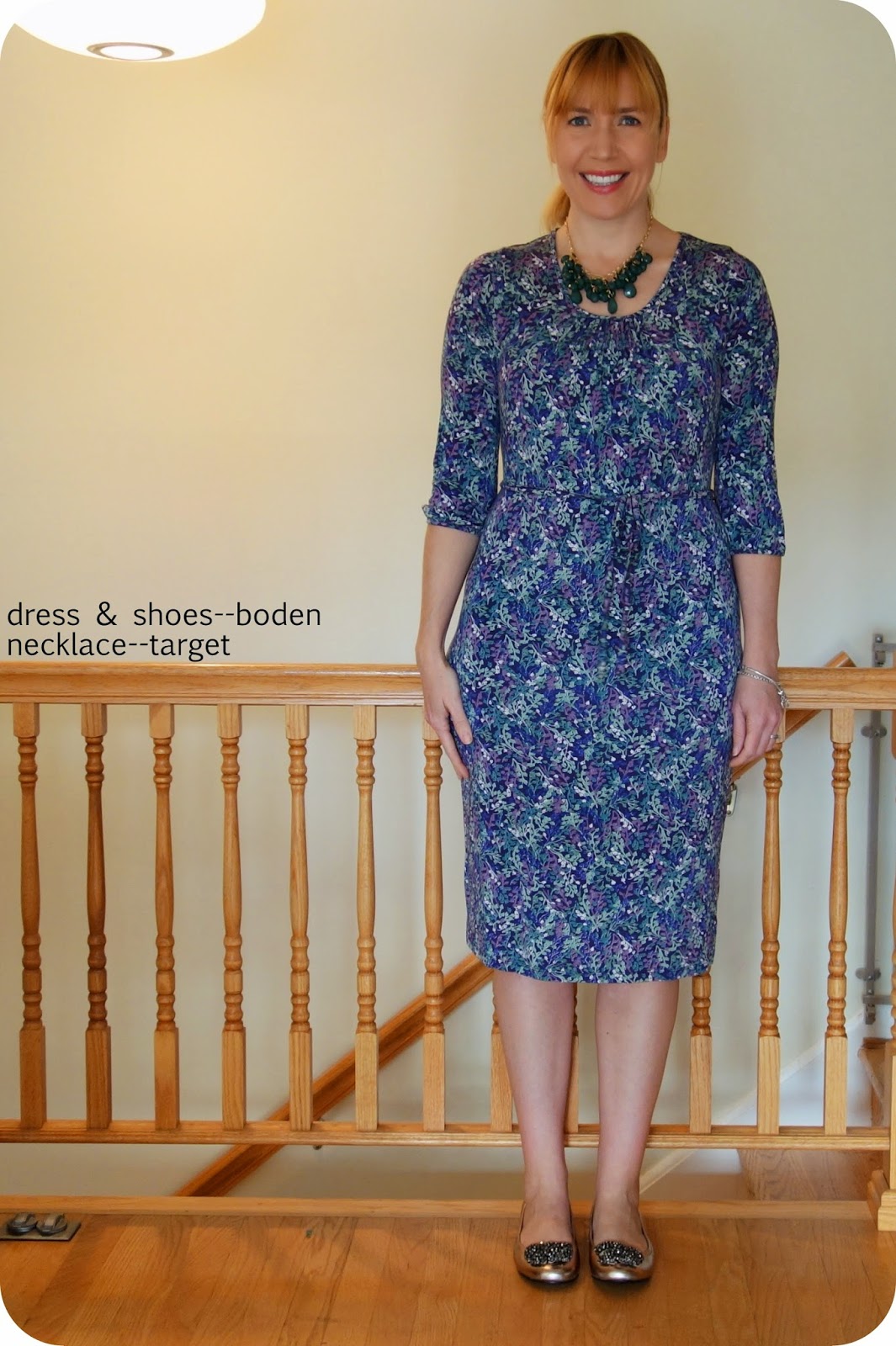 I believe I wore this outfit subbing one of the days last year.  The Boden Sarah dress will always be one of my favorites, and the extra length on this one makes it very Catholic school appropriate. 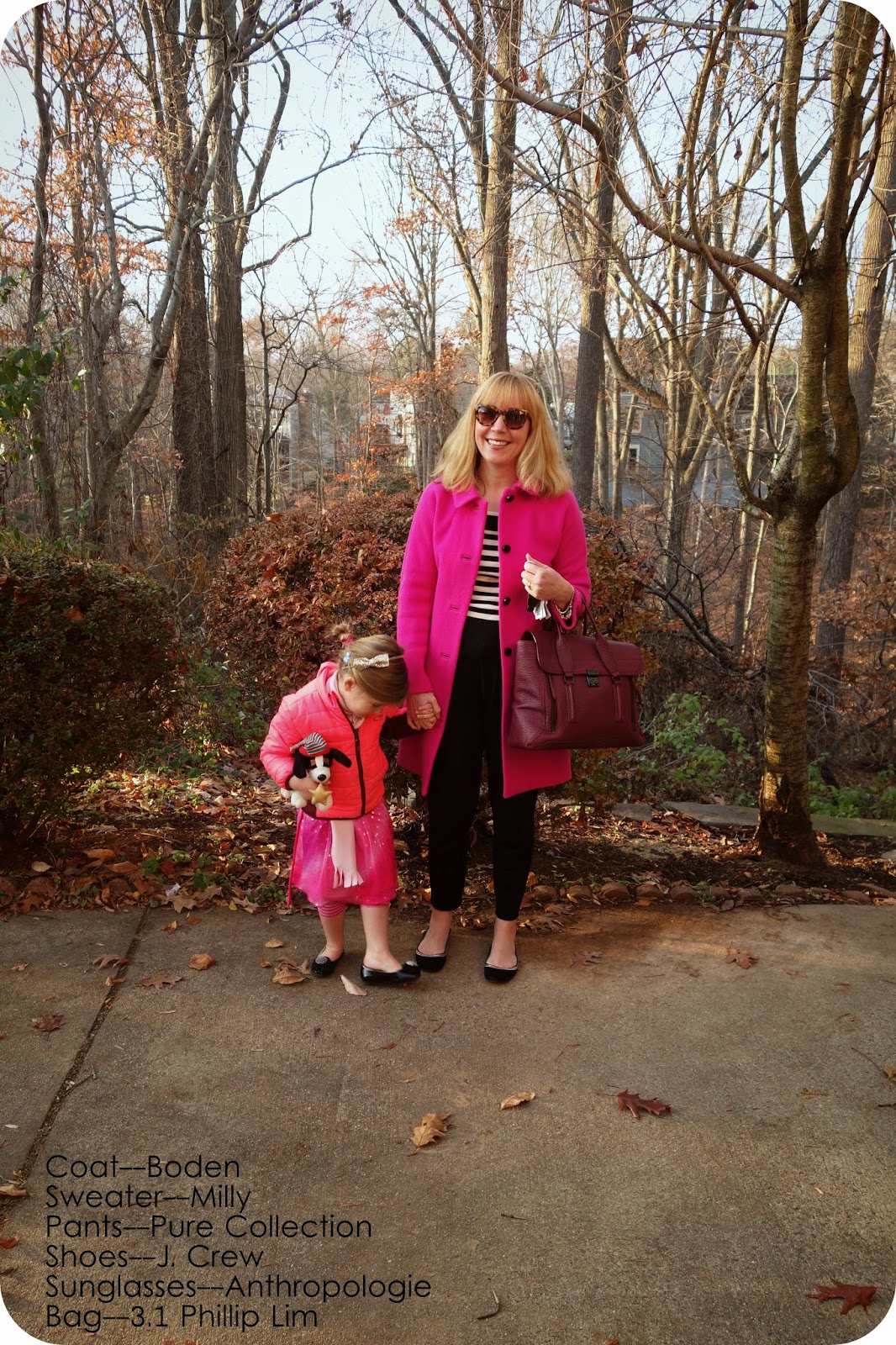 I can't even tell you what we were doing that day, but I will tell you CW dressed herself entirely, and it appears we were both happy with our choice of hot pink clothing. 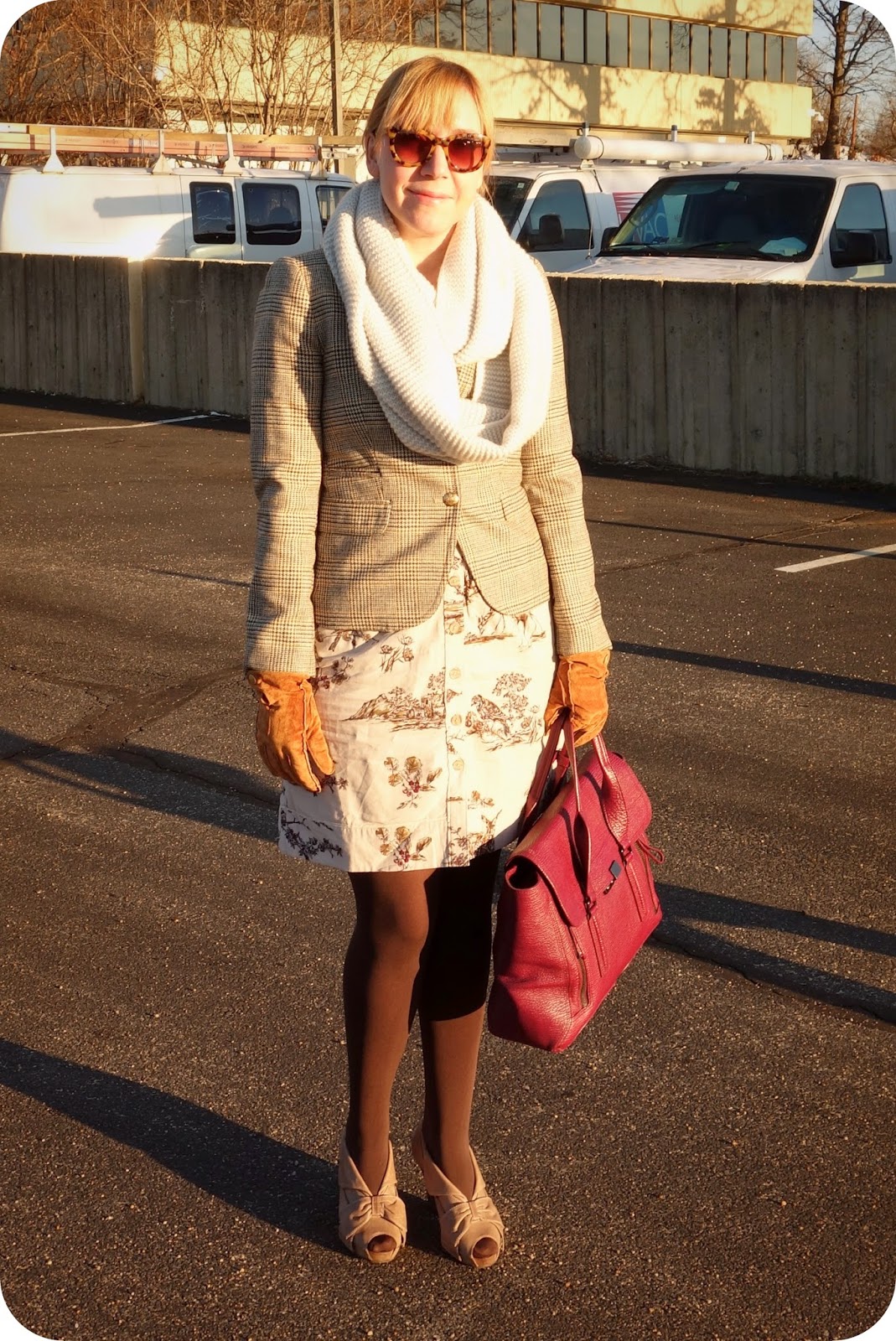 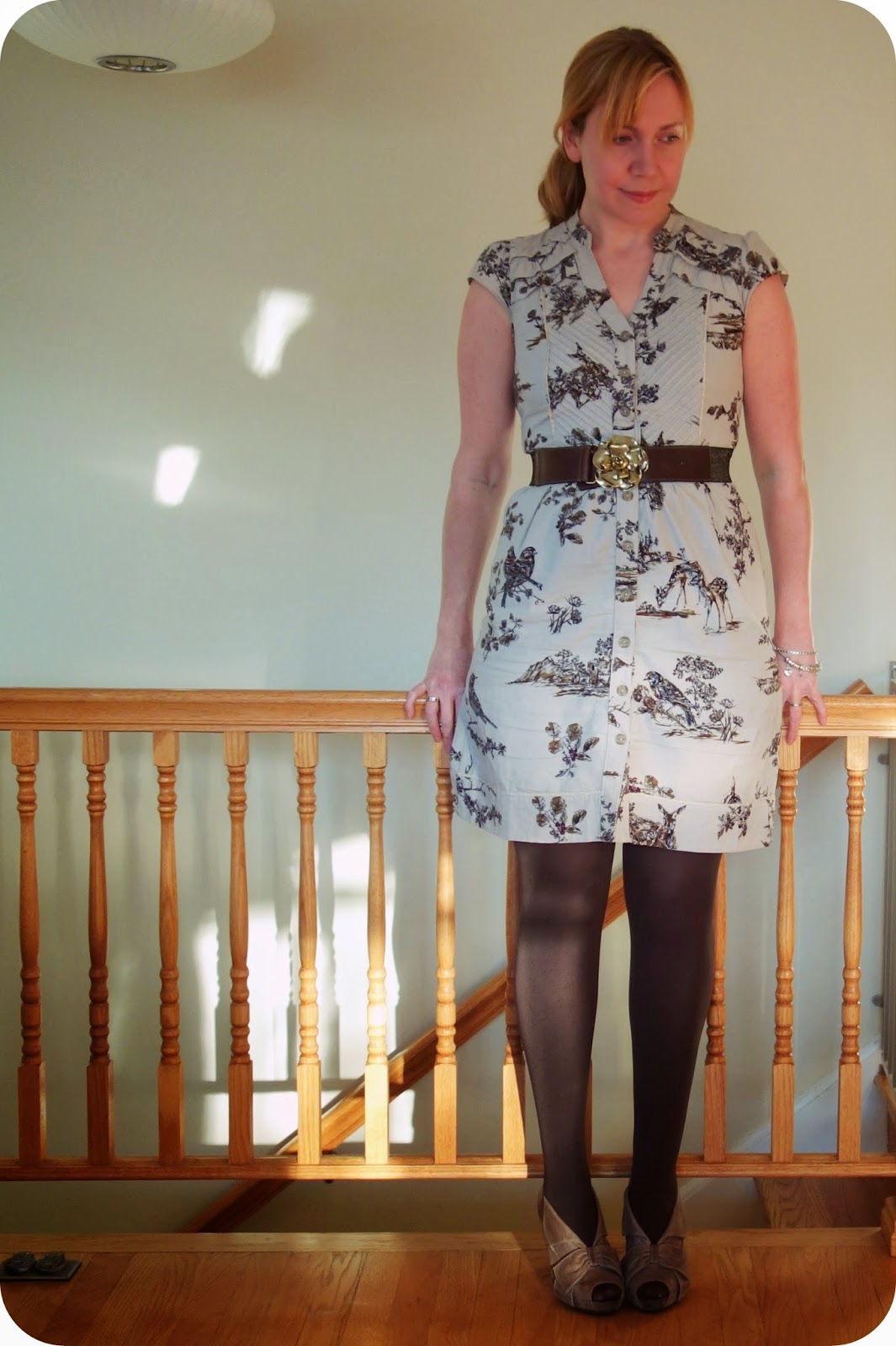 CW had some event at her school we needed to go to, and I really wanted to wear my cord deer and birdie printed shirt dress (Southward Stop, thank you Lou!) from Anthropologie I had bought off a blog friend.  Of course it was insanely cold that day, but I scoffed at real outerwear instead choosing to suffer with a thinner plaid J. Crew jacket.  The snood and ugly Target gloves helped, but not really.  I learned my lesson after winter decided to continuously laugh in my face this year by never going away.  My coats haven't ever seen this much action. 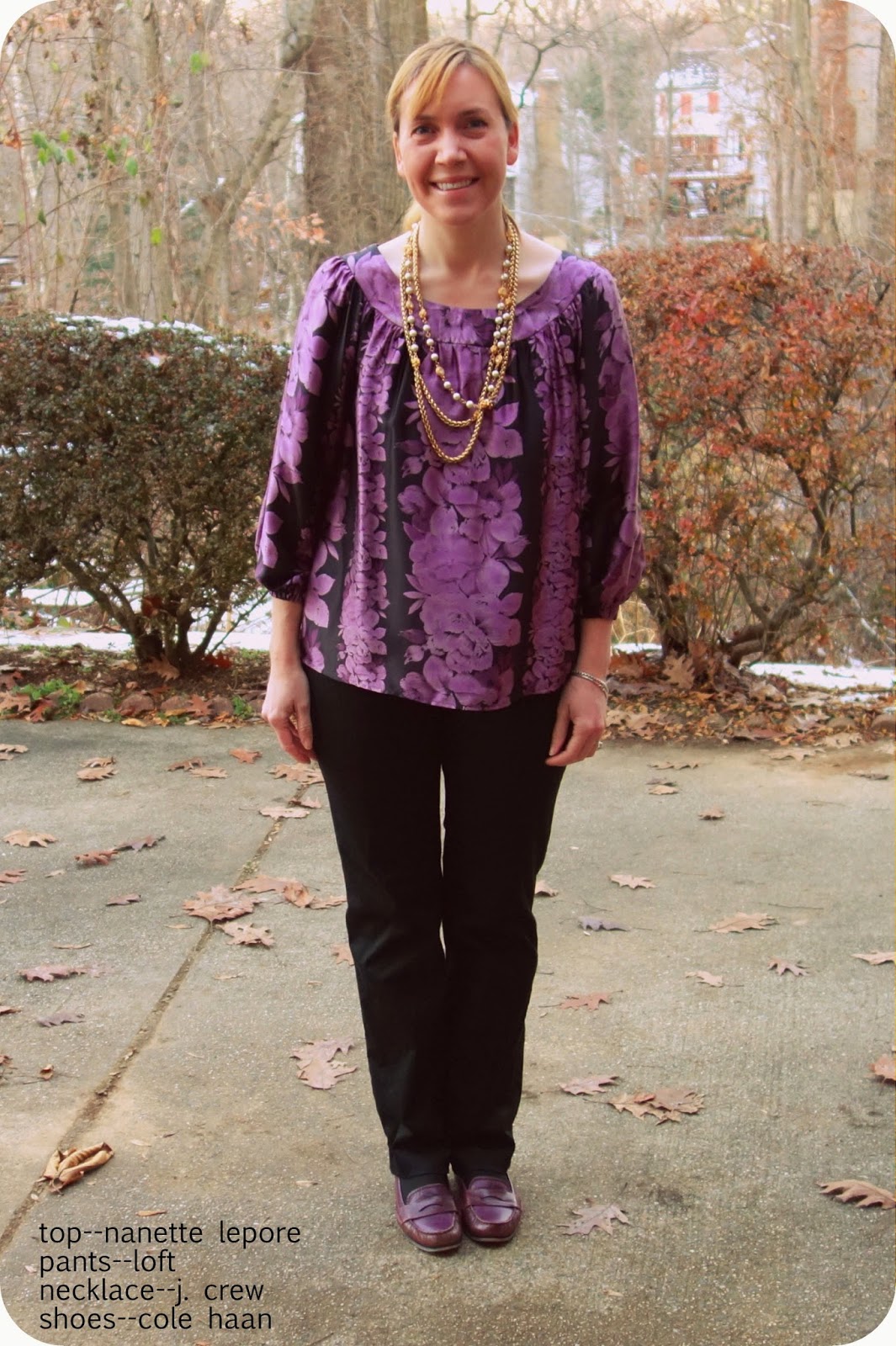 This here is another 2013 subbing ensemble.  I LOVE this Nanette Lepore top so much.  I last wore it pregnant.  I can't say I notice a huge difference in fit between the two times.  Hmm.  :-)

I did wear a big old Boden coat, gloves, hat, and a scarf, but that photo turned out really bad.  So, yeah, just imagine it. 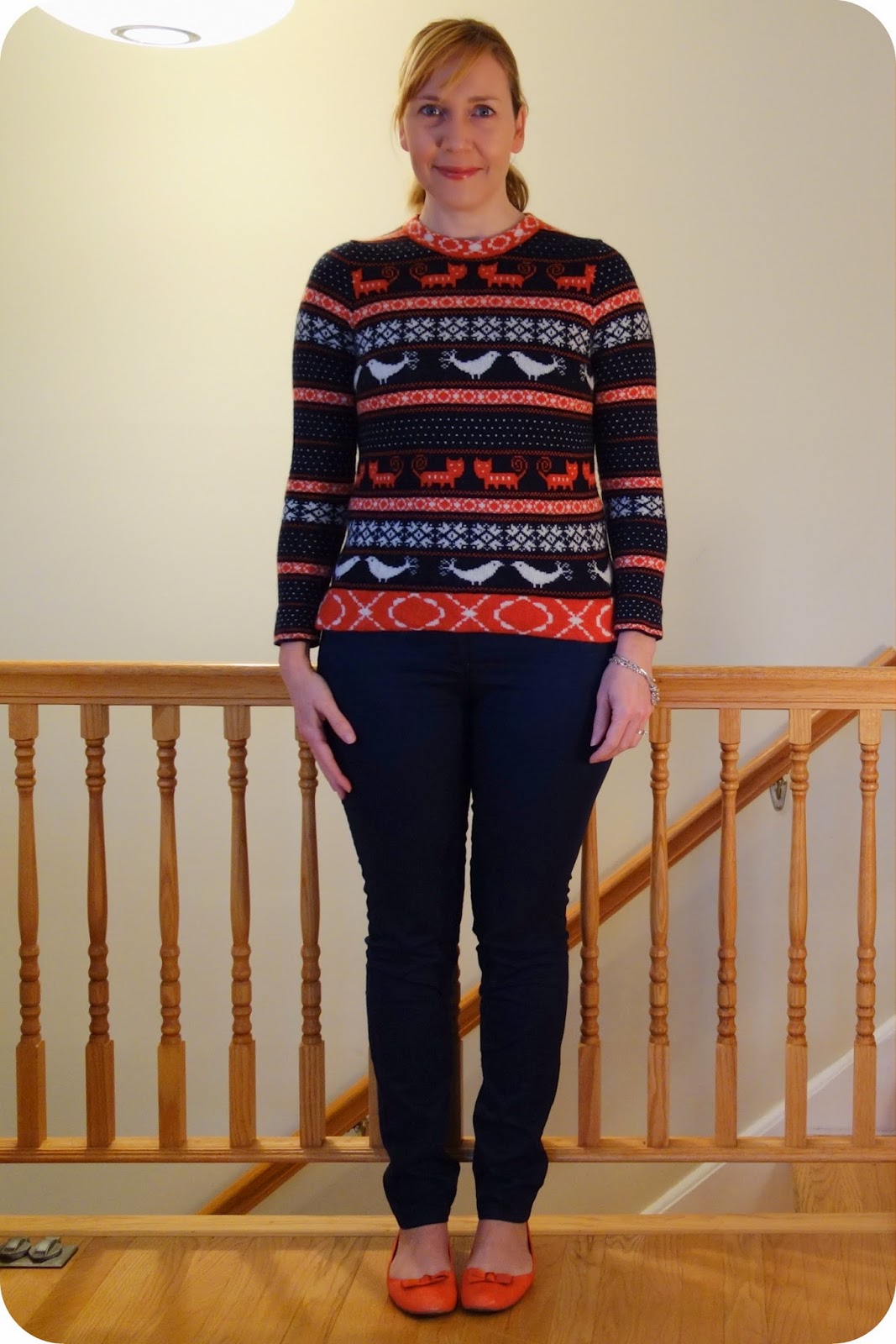 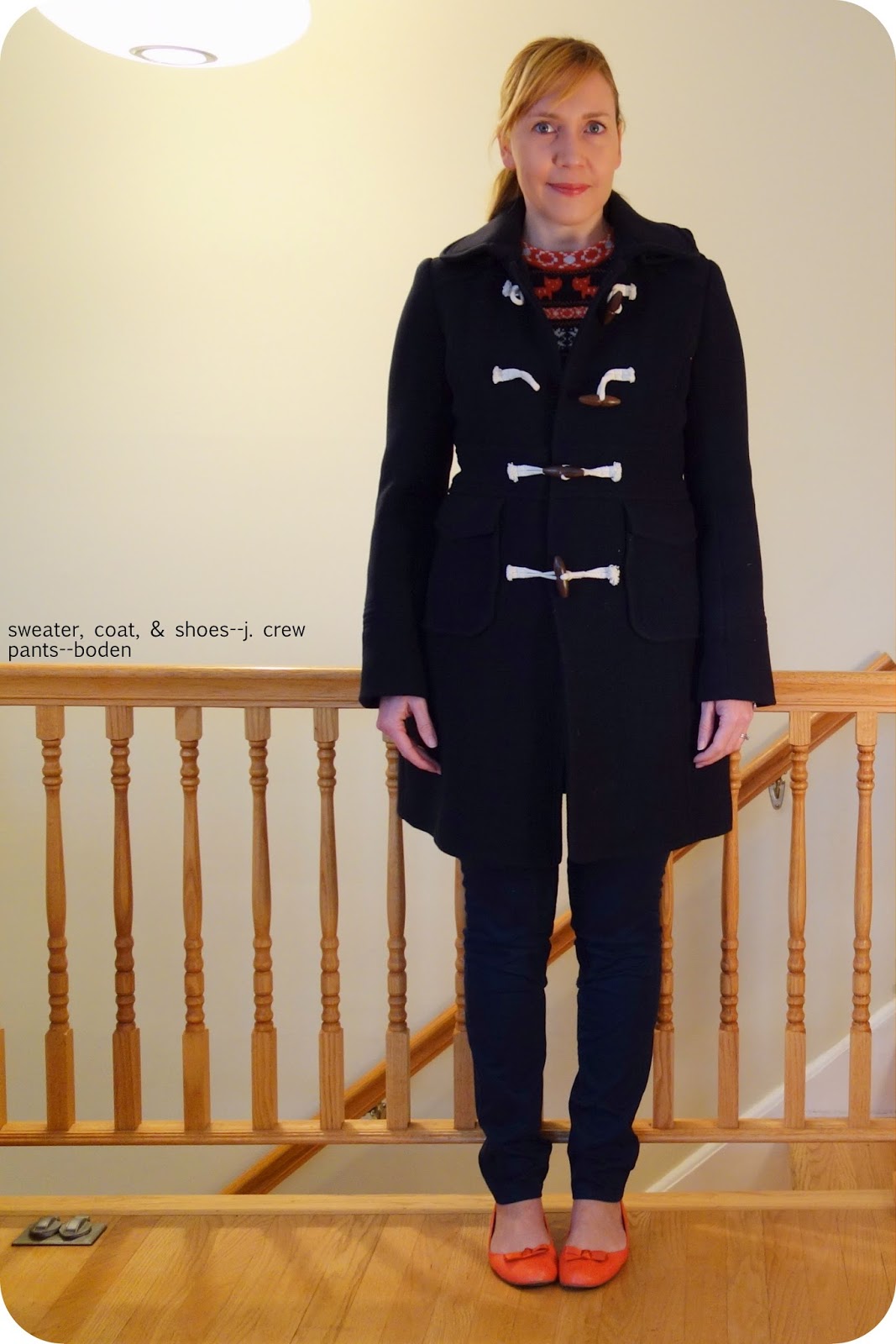 RIP Ugly Sweater.  RIP.  Thanks, Mr. Dina for putting my beloved ugly farmyard fair isle sweater from J. Crew in the dryer on hot heat.  The sweater now is at home in CW's closet, seeing as she is the only one small enough to wear it.  Sadness. Sob! 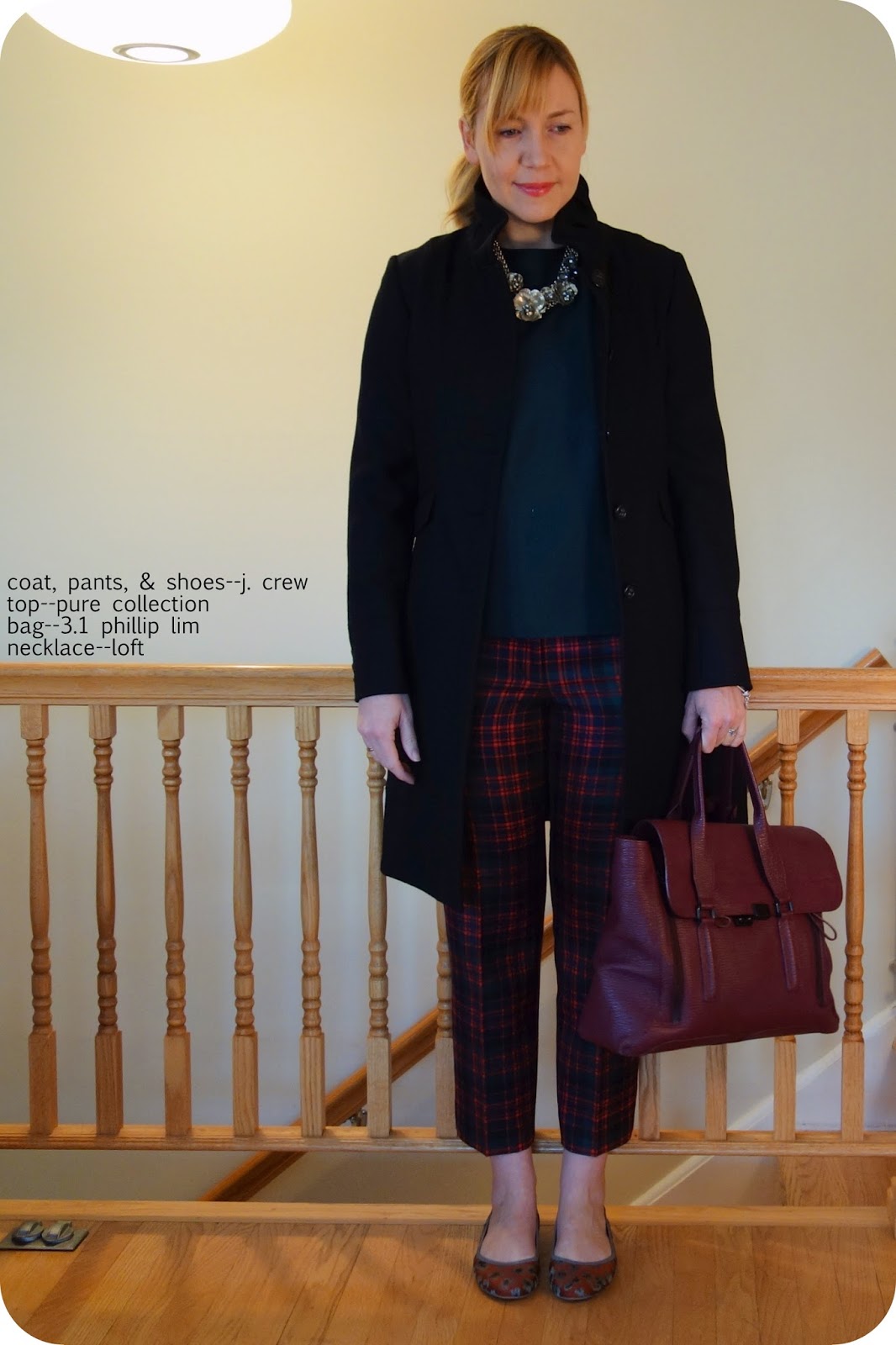 Let's end here, with one of my favorite ootds from last year.  Very festive (worn to see the kids get their photo taken with Santa), yet chic enough to work in the non-Christmas season.  Love that Bella coat, and for all my super moaning over the awful cold and snow this last winter, it did mean my pretties that hide away for nine months of the year did get to help elevate my outfits for a few months more than usual.