OOTDs: The Starlet Knit Dress, the Star of My Wardrobe.

After spending half of my California OOTD post declaring my undying love for the Garnet Hill jersey dress, I thought it best to follow up with three ootds from this summer that feature the remaining photos that give further proof of my obsession with this company's fine women's wear.

After purchasing and wearing the Starlet Knit Dress last summer (first shown here at this blog post), I decided that if Garnet Hill were to issue the dress in patterns/colors I liked this season, and I could grab them with a discount of some sort, I would buy them since I lived in the one I had last summer (it was my "go to" easy outfit when I didn't have the energy or desire to put a lot of thought into my look).  Lucky for me, they issued it in multiple colors, and I went ahead and grabbed two shades, the cherry print (which I brought to CA with me) and a bright aqua floral print.  Every cent spent was worth it since I have worn all three versions multiple times this year.  (I don't photograph every outfit, but if I were that kind of style blogger, you all would be B-O-R-E-D with these three by now.) 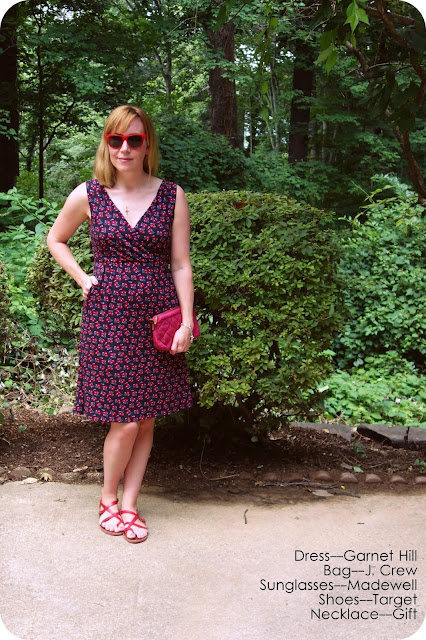 Ease of Wear: (4.5 of 5 stars--5 being the most easy to wear.)  Not only is the dress pretty and flattering, WITH POCKETS, the darn thing wears like pajamas.  Good thing, too, since half of mass was spent outside with Tiny (Angus) chasing him to and fro, since he just won't sit still for more than a brief nanosecond.  My church has met its match.  Sigh.

Cool Factor: (3.5 of 5 stars--5 being the coolest.) This is the closest to cool regarding styling as any of the three looks come to it, but it still doesn't look that cool.  The Madewell sunglasses help a tiny bit.

Anecdote from the Day:  Read the "ease of wear" for more on that. 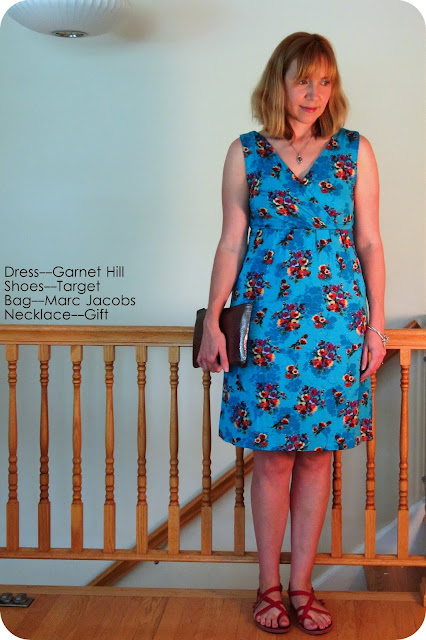 Where: Chilling at home, in all seriousness.  The bag was for show.  ;-)

Ease of Wear: (4.5 of 5 stars--5 being the most easy to wear.)  Easy enough for me to choose to wear a dress instead of anything else for "chilling" at home.

Cool Factor: (2.5 of 5 stars--5 being the coolest.) Meh, the print will probably look dated in a few years.  I love the color, though, and will wear this dress for a long time since I feel so good in it, even if it ends up in the "at home only" pile in a few years.  (I have worn it out in public, just not that day.)

Anecdote from the Day:  I wrote a BWRR that day, the last one I did for a whole month.  I have since rectified that situation and published a new one on Monday. 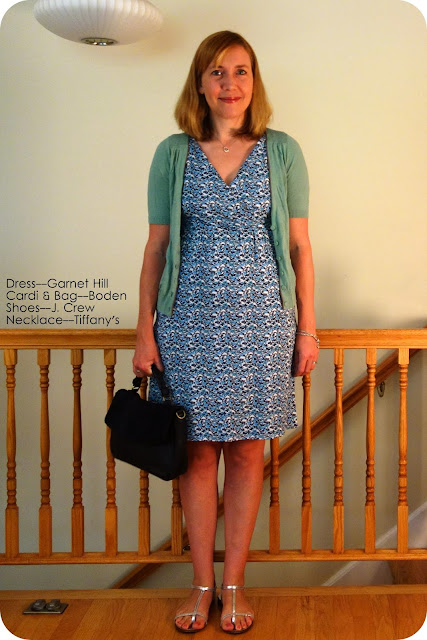 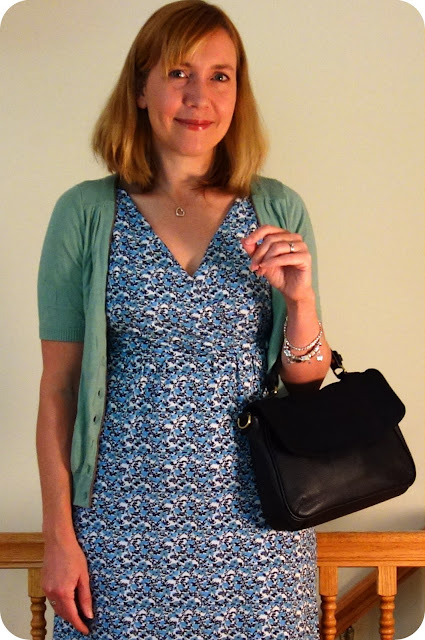 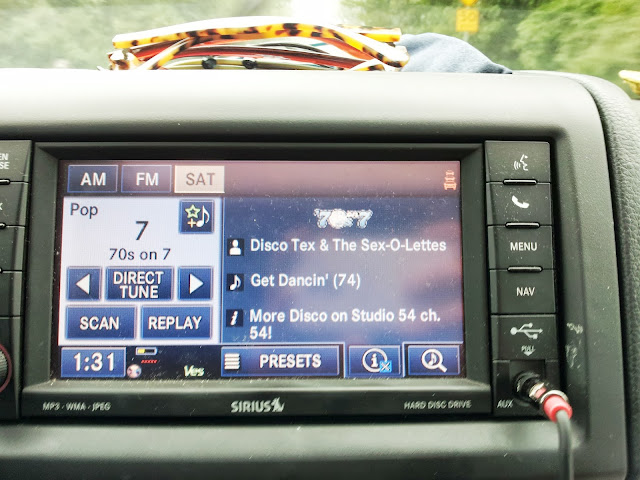 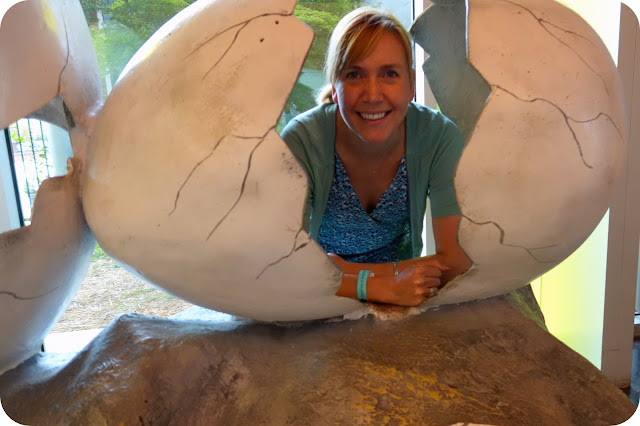 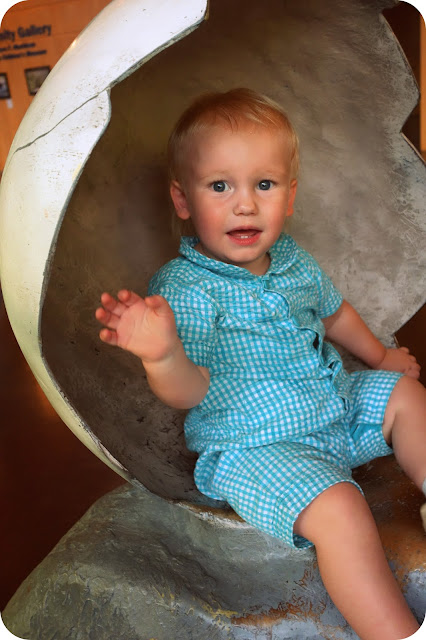 Where: Richmond to visit Rex's kindergarten teacher (she got married and then moved--sadness).  We ate at the Can Can, one of my all time favorite restaurants and then visited the Children's Museum on Broad Street.  (The egg photos are from the museum.)

Ease of Wear: (4.5 of 5 stars--5 being the most easy to wear.)  It was comfortable enough for me to feel good even though we spent THREE WHOLE HOURS in traffic to get from Alexandria to Richmond (it normally takes between one and a half and two hours to get there--and two is what I expect when there is traffic).  We were late, but I barely look tousled.  Good on you, Garnet Hill.

Cool Factor: (2 of 5 stars--5 being the coolest.) Very momma on the go here, so not especially cool, but as you all know, cool isn't always the most important thing to me.

Anecdote from the Day:  THREE HOURS in bumper to bumper traffic.  It was only three hours, btw, because I know that you can ditch 95 and take Route 1 through Spotsylvania county, Caroline county, and Hanover county to get to upper Richmond.  The people on the highway don't want to deal with traffic lights, but I would rather deal with 10 traffic lights and move at 55 MPH than sit with half the population of the east coast staring at license tags in 20 MPH traffic.

I did discover the funniest band name known to man that day, Disco Tex and the Sex-O-Lettes.  Ha.  I did not get to "Get Dancing"* sadly.  Dang and it.

*If bored, you have to watch this.  Trust me.

Okay, that's all for now.

Reminder--Boden's 20% portion of the "Diminishing Discount" promo is ending tonight.  Tomorrow the amount off reduces to 15% off (that is my "usual" coupon % off, btw).  I wrote about that sale here at this post. 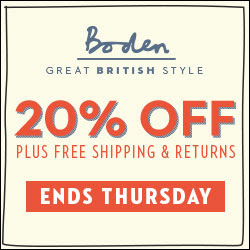 Posted by dinagideon at 5:25 PM