Subtitle #1: Lots and Lots of Purple. 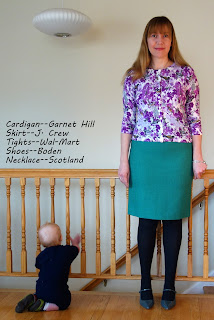 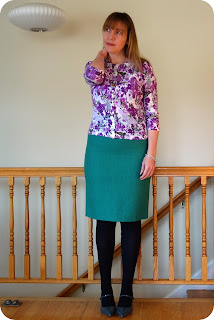 Ease of Wear: (3.5 of 5 stars--5 being the most easy to wear.) Well, it was comfortable enough, but let's be clear, wearing a pencil skirt with a pair of low heels all while trying to juggle the world's largest man baby (he refuses to sit during mass so I have to take him on mini-walks up and down the back part of the church) is not super easy.  If there was no largest man baby (pictured in photo #1), this outfit would rate a 4.

Cool Factor: (3 of 5 stars--5 being the coolest.) Perfect for church on Ash Wednesday, so definitely not cool, but very much appropriate.  And that works for me just fine.

Anecdote from the day:  I have spent the day feeling annoyed at everything, but since my Lenten promise means I can't moan about those irritating things for forty days, I guess I won't spill my guts here, but they involve skirts that don't fit (not the teal one above, though), "me first" DC area drivers, broken zippers on a new Boden dress (grrr!), and my husband.  ;) 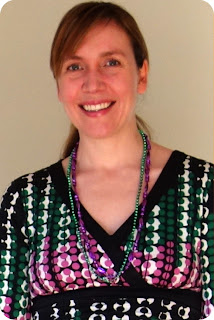 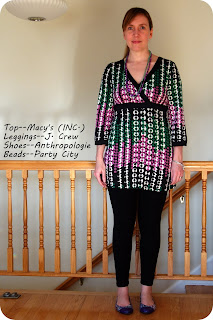 Ease of Wear: (4.5 of 5 stars--5 being the most easy to wear.) It is a pair of leggings combined with a mid-00s empire line tunic (so stretchy and manmade) plus a pair of purple ballet flats.  I am not wearing pajamas, but they would do well in a pinch for sleepwear.

Cool Factor: (1 of 5 stars--5 being the coolest.)  Ain't gonna lie, this is the world's least cool outfit.  Well, maybe not the least cool in the world, but for this blog, this is pretty bad.  LOL.

I have worn this top before, but that was four years ago, so it was only a few years out of style back then.  If I hold onto it just. a. little. bit longer, I bet it comes back into style.  Or not.

I hold onto it because we celebrate Mardi Gras, if it we didn't, this top would have been in the donate pile years and years ago.

Anecdote from the day:  What didn't I do in this outfit?  Seriously, yesterday was the perfect foil for my blog's title.  I felt like if there was ever an overabundance of things accomplished in one day's time, this would be that day.

Started off by dropping Rex at school,

then watched a dvd on my new sewing machine while I waited in the car until I was needed at the school,

then I went into the school to help his classmates and him paint a child's bookcase for the school auction,

after which I headed home to feed Angus,

which then led to going to Party City to get Rex a balloon for his birthday and Mardi Gras beads for his classmates,

then back to school to give his classmates a cupcake and the beads,

Then I went to work out at the gym with my brother... 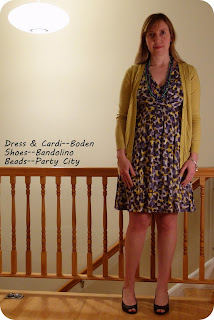 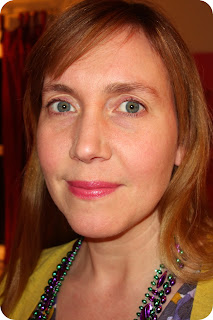 Where: Rex's Birthday dinner at El Paso Cafe (with a bit of celebration tossed in for Mr. Dina's bday, Mardi Gras, and the restaurant's 21st birthday).

Ease of Wear: (3.5 of 5 stars--5 being the most easy to wear.)  I love Boden's silk jersey dresses.  This one is a favorite of mine, and definitely one that is perfect for the Lenten season.

Cool Factor: (3 of 5 stars--5 being the coolest.)  Much like the Ash Wednesday outfit, it was exactly the right outfit for the occasion.  I didn't have the right tights to wear with it, but as it turned out, the night was pretty warm, so even the peep toe heels were okay.  I think with tights and some killer boots, this outfit could have been bumped up a half point, but I was with family, and they don't really care what I wear (even though I wish they would!).  ;)

Anecdote from the day:  I think it is so cool that so many wonderful things happened on Rex's birthday.  I know they were all coincidental, but I think he liked having all these interesting and unusual occurrences on his special day.  And as his mom, I was pleased to see him having such a great day. 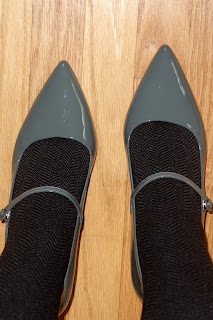 are another great example of what makes me love Boden's footwear, year after year.  For a fairly decent price, Boden uses great materials (usually all leather construction) to craft classic, yet punchy colored shoes.

I have fallen so deeply in love with my Sixties Heels

(last worn here), that I determined that if Boden issued another pair of shoes that reminded me of the sixties heels, but in new colors, I would definitely be purchasing.  So when I saw these in the Spring preview, I bit on the eucalyptus shade, which you can see here is a mid grey-green done in patent leather.

You can also see that the fasteners are pop-button, but they stayed nicely secured through the day, which surprised me.  (Happily surprised, of course.)

The shoes fit well in the 41.  I normally am between a 40 and 41, but the larger size works better since I think this shoe runs small and narrow for a Boden shoe. 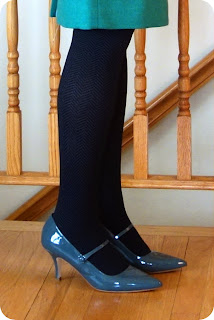 From the side.  The heel is not very tall, and there is plenty of room in the toe box, so I found it to be very comfortable.  It is also a very pretty shoe, ladylike and pristine. They are currently on deep backorder in the pink and silver colors, but fully stocked in the green shade. This means they are unlikely to do a second order of the green ones, so if you see the stock box head to "pink/low stock" that means once it sells out, that's it. (Not that this will happen any time soon, though.) I have a coupon in the sidebar for 15% off with free ship, however you click here

, it will have the same effect (I finally learned how to really embed links properly!). 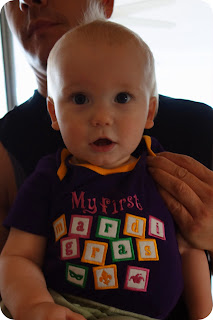 There's Angus wearing his "My first Mardi Gras" shirt given to him by Mr. Dina's parents.  You can't really find things like this around here in the DC area (even though there are celebrations all over town, it isn't celebrated by everyone like down where Mr. Dina comes from). 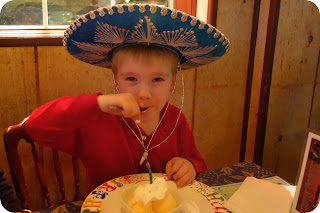 What's better than a day full of events tailor-made to make you happy?  Ice cream, of course, and a small sombrero. 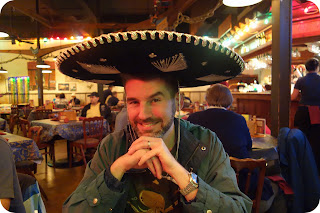 Mr. Dina's head barely fit into the hat.  That's saying something.  As said in the awesome movie "So I Married an Axe Murderer," "that boy's heed is SO big ... it has its own weather system."  Ha. 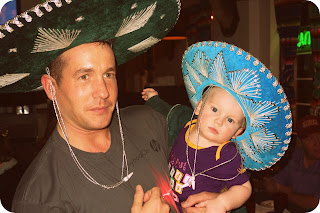 We are always wearing sombreros on this blog.  I think we should buy my brother Peter one to wear all the time, he looks so good in it. 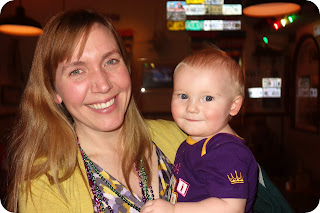 And finally, the ubiquitous shot of Dina having had two (!!!) yummy margaritas.  Mmm.  Margaritas.

What did you all do for Mardi Gras?  Do tell.  I always enjoy tales of overconsumption.  Please tell me that at least some of you had two margaritas, too.
Posted by dinagideon at 6:02 PM